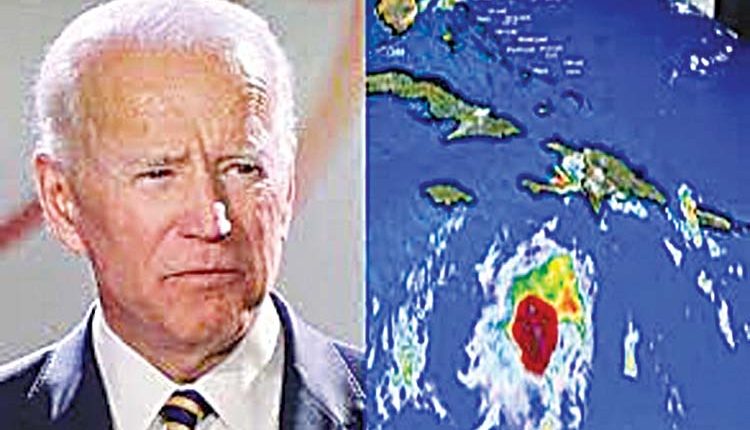 Washington, Sep 26 (Agency) US President Joe Biden declared a state of emergency in the state of Florida due to tropical storm Ian and ordered federal assistance to be provided to local authorities, the White House said.Earlier on Saturday, the US National Aeronautics and Space Administration (NASA) postponed the launch of Artemis 1 unmanned moon mission, scheduled for Tuesday, as tropical storm Ian is edging toward the US coast.

“President Joseph R. Biden, Jr. declared that an emergency exists in the State of Florida and ordered Federal assistance to supplement State, tribal, and local response efforts due to the emergency conditions resulting from Tropical Storm Ian beginning on September 23, 2022, and continuing,” a statement said. According to the US National Hurricane Surveillance Center, tropical storm Ian formed over the Caribbean Sea on Saturday. It is expected to cross the central part of the Caribbean Sea and move through the southwestern part of Jamaica on Sunday. On Monday night, the storm will pass near the Cayman Islands and approach the western part of Cuba.