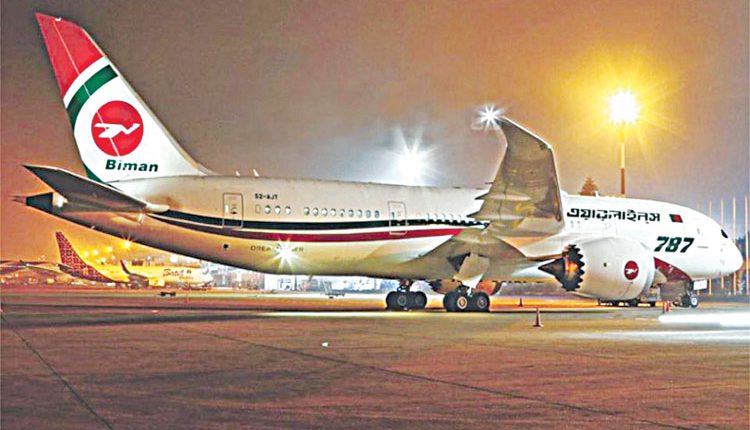 Dhaka, Aug 18 (FN Agency) Bangladesh Biman flights to Delhi and Kolkata will be launched from August 22, the airline said here on Wednesday. Biman Bangladesh Airlines, the state flag carrier, will operate flights to Delhi two days a week and to Kolkata three days a week. The airline said in a statement on Wednesday afternoon that the flights were being launched under an air bubble agreement between the two countries.

From now on, flights will operate from Dhaka to Delhi every Sunday and Wednesday and from Dhaka to Kolkata every Sunday, Tuesday and Thursday. Biman Bangladesh Airlines Deputy General Manager (Public Relations) Tahera Khandaker said Dash 8-400 aircraft would be used on the Dhaka-Delhi and Kolkata routes. He said the planes have hepa filter technology Which will free the air inside the aircraft in just four minutes from bacteria, viruses and other germs. There will be ample space between the two seats of the aircraft, with LED lighting and wide windows.