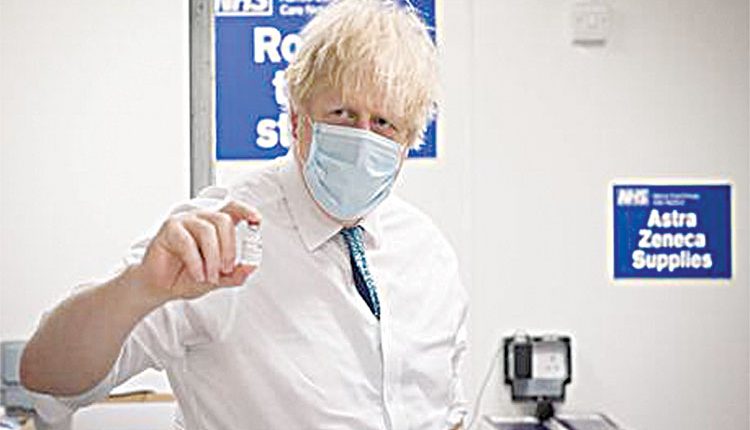 London, Jan 25 (Agency) As the United Kingdom’s COVID-19 death toll approaches 100,000, grief-stricken relatives of the dead expressed anger at Prime Minister Boris Johnson’s handling of the worst public health crisis in a century. When the novel coronavirus, which first emerged in China in 2019, slid silently across the United Kingdom in March, Johnson initially said he was confident it could be sent packing in weeks. But 97,939 deaths later, the United Kingdom has the world’s fifth worst official death toll – more than its civilian toll in World War Two and twice the number killed in the 1940-41 Blitz bombing campaign, although the total population was lower then.

Behind the numbers there is grief and anger. Jamie Brown’s 65-year-old father died at the end of March after it was suspected he contracted COVID-19 while travelling on a train into London for work. At the time, the government was mulling a lockdown. Told by medics to stay at home, he awoke days later with a tight chest, disorientated and nauseous, and was taken to hospital in an ambulance.

He died from a cardiac arrest five minutes after arriving. His son said the virus had damaged his lungs to the point where his heart gave up. He was a month away from retirement. “For me, it has been terrifying and harrowing to see everything that you hope for taken away. He will never be at my wedding; he will never meet any grandkids,” Brown told Reuters. “Then, you watch the death toll rising whilst ministers pat themselves on the back and tell you what a good job they have done. It changes very quickly from a personal to a collective grief.”