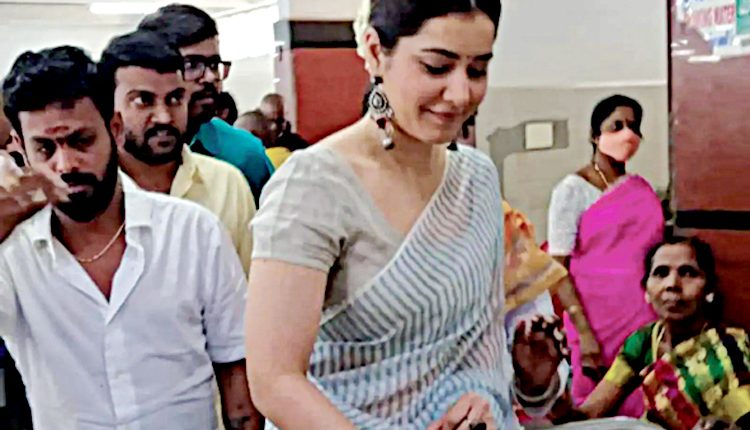 New Delhi, July 5 (Agency) The multilingual star Raashii Khanna is currently celebrating the success of her Telugu courtroom action drama ‘Pakka Commercial’. The flick starring Gopichand and Raashii was released on July 1st. On Tuesday, Raashii took to her Instagram account and posted a heartwarming video, where she was seen interacting with her fans. Along with the video, Raashii penned down a heart warming note.

The actress wrote, “Everyone’s journey has its own highs and lows and I think an actors’ courage to face uncertainties and failures comes from a long line of supporters holding their fort. Without even remotely knowing us, you know so much! It’s this silent language of love that pushed me out of my shell to meet and greet and thank you for your unconditional love and support. Don’t even know what I did to deserve this but my heart is full of gratitude and love. Thank you so much!.” Raashii, who has been winning hearts with her performances, will soon be setting foot in the Bollywood, with her debut action thriller film “Yodha” along side Siddharth Malhotra. She is also dubbing for her web series ‘Farzi’ with Shahid Kapoor.