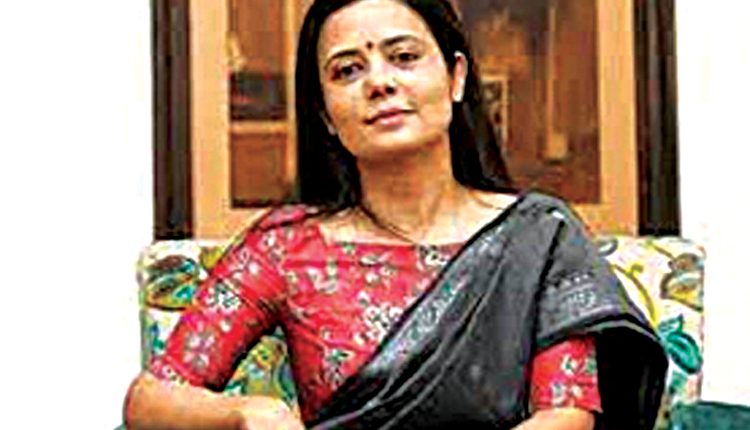 Kolkata, July 5 (Agency) Trinamool Congress Lok Sabha MP Mahua Moitra on Tuesday accused the Centre of using the police to instil fear in the people and “overstepping” its boundaries which was” breaking down” the country’s federal structure. “The Centre is overstepping its boundaries and is using the police to instil fear among people,” Moitra said at the fifth edition of the India Today Conclave East here. She was speaking at the session titled ‘Democratic Discourse: Power Reset: The New Structure of Indian Federalism”. Moitra sought to differentiate between the actions of the BJP-led governments and that of the Trinamool in West Bengal. When asked about the arrest of a person for allegedly using unparliamentary language against Chief Minister Mamata Banerjee or the use of the police in trying to arrest Nupur Sharma, she said: “There is a strong line between criticism and inciting violence.

However, if somebody is using bad language, we may not like it and as political leaders, we should let it go.” She, however, declined to comment on the police action against a YouTuber who was charged with abusing the Chief Minister of Bengal. “That’s a question that the CM should answer,” she said. Moitra said the ruling party at the centre has used the flexibility of the powers guaranteed by the constitution to push boundaries of the federal structure. “(B R) Ambedkar said that the draft Constitution is meant to be both unitary and federal. We had a flexible structure since Day 1. Ambedkar also said that it is surprising how unitary our structure can become. So, when people come to power at the Centre, they use these flexible powers to push boundaries and that’s when problems start,” she said.

Citing the example of the equation between the YSR Congress Party in Andhra Pradesh and the BJP at the Centre, she said economic, administrative, and political federalism can co-exist peacefully. “But the first blow to federalism came in 2014 when the Planning Commission was scrapped after 65 years. It dealt with the disbursal of grants on a consensual agreement basis with states. Now, the Neeti Aayog comes in and grants are based on its discretion,” Moitra said. The former investment banker said the Centre had a very bad fiscal run in the last three years and to compensate for that it was now squeezing the states dry. “They increased cess, they are not paying the states’ share of GST on time. PM Modi has not called a single meeting of the National development council in the past eight years. These pillars of federalism have broken down,” the Bengal MP said.