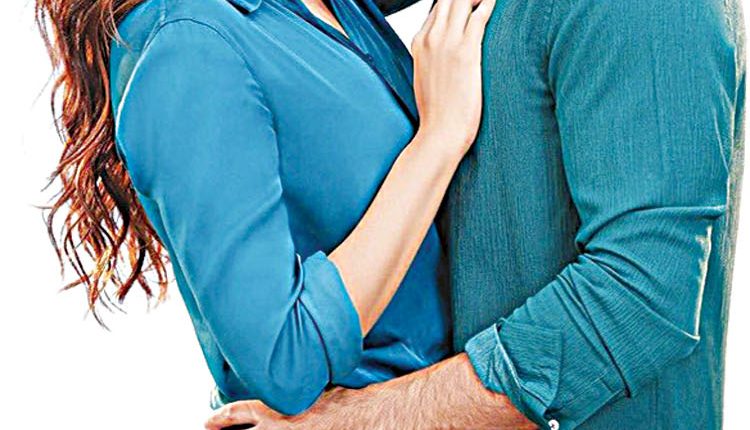 Dharma Productions have dropped the look of Kiara Advani and Varun Dhawan from their upcoming film — Jug Jugg Jeeyo. Sharing the pictures, the official handle of Karan Johar owned production company wrote, “What a happy husband & wife couple looks like”.
The actors are complementing each other and their pairing looks promising. Kiara is wearing jeans and a blue coloured shirt while Varun’s shirt is teal in colour. In the first picture, the on-screen couple are embracing each other and in the second one, the two are sitting on a chair together and laughing. Kiara quote-tweeted the post of Dharma Productions and wrote, “Happy Husband, Happy Life!” She tagged other co-stars apart from Varun Dhawan namely, Anil Kapoor, Neetu Kapoor, Manish Paul, Prajakta Kohli. Kiara also tagged Karan Johar and others from the production company. The tweet was also shared by Varun Dhawan with the caption, “Happy wife happy life! 2021.” Although the replies on the tweet have been turned off on the handle of Dharma Productions, people are reacting by quote-tweeting it. On November 16, Karan Johar informed in a tweet that the shooting of this movie has started. The film that is set to release in 2021 stars several prominent names of the industry.

A few days ago, before the shooting of the film resumed, Neetu Kapoor shared an emotional message on her Instagram. Although she said that she is missing Rishi Kapoor, the actor is thankful to her children for encouraging her to do this. Neetu will be starring in a film after 7 years. She was last seen with husband Rishi Kapoor and son Ranbir Kapoor in Besharam.

India, Luxembourg condemn terrorism in all its forms