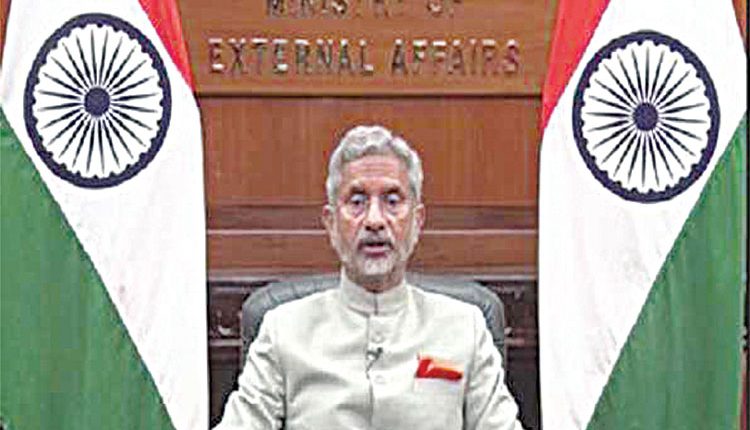 New Delhi, Nov 19 (Agency) India is in favour of working out mobility agreements with the European nations for easier movement of skilled professionals. The country wants to ensure mobility or migration that is legal and which prevents exploitation of workers, and mobility agreements would allow countries to “work out the rules of the game” and eradicate “bad practices”, says External Affairs Minister S Jaishankar. India is also hopeful of clinching a “fair and balanced” Free Trade Agreement with the European Union. “We want a fair and balanced FTA”, he said, participating in an online discussion organised by a Brussel-based think tank. Stressing that what is fair and balanced is a subject of negotiation, the external affairs minister said an FTA with Europe is “not an easy negotiation, probably in the world, it must be the most difficult negotiation. It is a very high standard FTA.”

Commerce Minister Piyush Goyal last month said India would possibly start with Preferential Trade Agreement, for an early harvest to get faster outcomes. The FTA talks between the two sides have been stalled since 2013, when both sides failed to bridge substantial gaps on crucial issues, including data security, market access for automobiles and wines and spirits, and more visas for professionals. The EU is India’s largest trading partner bloc, with about $105-billion trade in goods in 2019, and is also the second-largest destination for Indian exports. Jaishankar also referred to “economic multipolarity” in today’s world and how it is different for countries. “When I look at my trade accounts; my economic accounts, I actually have five big accounts which are the US, European Union, China, ASEAN and the Gulf. These five are the five economic poles around which much of my trade and my investment is organised,” he said. “For me to get the best out of it, in a multipolar world, there is a very simple rule of negotiation which is if you advance on any account, you advance on all accounts. So you constantly need to keep going forward, forward and forward, because the moment you fall back on an account, you fall back on all accounts,” he said.

Gayle and Malinga to miss LPL