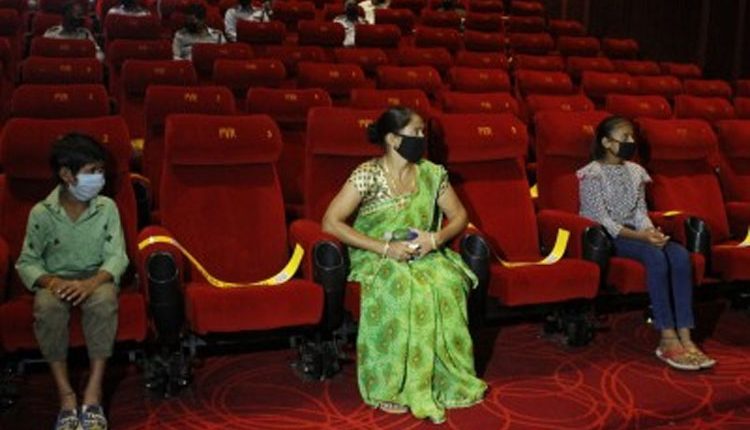 Madurai, Jan 8 (Agency) The Madurai Bench of the Madras High Court on Friday directed Tamil Nadu government not to permit more than 50 per cent occupancy in cinema halls till January 11. The court passed the order while hearing three public interest litigation petitions challenging the government order (G.O) that permits 100 per cent occupancy in cinema theatres and multiplexes in the State. A Division Bench comprising Justices MM Sundresh and S Ananthi observed that all the three petitioners primarily contended that despite the mandate of the Disaster Management Act, 2005 and guidelines issued by the Union Government, a dilution had been made with regard to increasing the occupancy in Cinema halls and multiplexes from 50 to 100 per cent by the State government.

“We are dealing with the coronavirus pandemic situation that does not bother about the economic factors and territories such as District, State or Country,” the Judges said. They further pointed out that a perusal of various communications sent by the national authorities to the State government clearly states that there could not be any breach of the 50 per cent occupancy. Further to this, the Union Home Secretary Ajay Bhalla in a communication, dated January 5 sent to Tamil Nadu Chief Secretary K Shanmugam had asked the State to not to dilute the guidelines and shall strictly enforce them. Additional Advocate General Sricharan Rangarajan informed the court that the State government was considering the matter and sought time to obtain clear instructions in this regard. Recording the submission, the Judges directed the State not to allow more than 50 per cent occupancy till January 11. “We hope and trust that the State government will reconsider the issue in the right perspective,” they said. The court also asked the State government to consider the suggestions given by the petitioners to increase the number of shows without increasing the seating capacity. While considering increasing the number of shows, the government should ensure sufficient intervals between each show to carry out sanitation work, they said.

The case was adjourned to January 11 for further hearing. The petitioners complained that the GO was passed keeping only the theatre owners in mind and ignoring the lives of the general public. Referring to the recent instances where employees of five-star hotels and students of the IIT-Madras had tested positive for COVID-19, the petitioners said if the standard operating procedures were ignored, Cinema halls too would turn into clusters. It may be recalled that Tamil Nadu government had permitted cinema theatres to function with 50 per cent seating capacity from November 10, last year. Subsequently, the State on January 4, issued the GO to increase the seating capacity to 100 per cent, following a representation from the Theatre Owners’ Association, besides actor Vijay, whose film “Master” is slated for a Pongal release, met Mr Palaniswamy requesting him to allow full occupancy in theatres. The State government’s decision had irked the healthcare professionals and public health experts. Prabhdeep Kaur, deputy director of National Institute of Epidemiology, Chennai said closed spaces without social distancing are a perfect setting for the explosive spread of coronavirus. Requesting the public to avoid such settings, Dr Kaur said lack of caution may lead to a spike and high burden on the health system. Tamil Nadu Government Doctors Association and Indian Medical Association also objected to the GO by stating that full occupancy is not advisable at this moment.