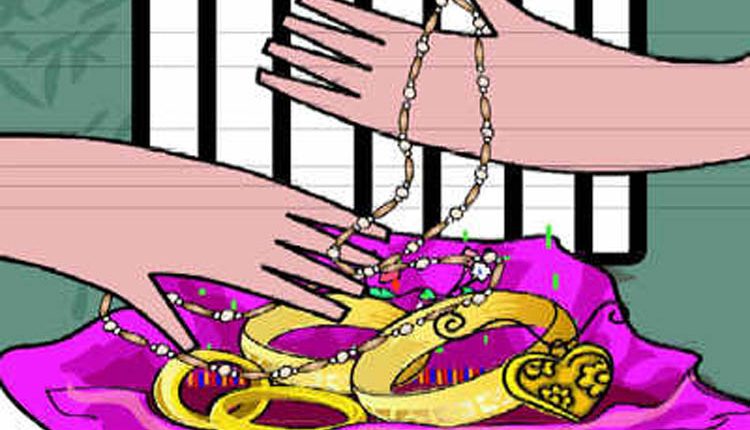 Puducherry, Nov 29 (Agency)Unidentified miscreants robbed a woman of her 15 sovereigns of gold ornaments after hacking her husband at Lawspet near here on Saturday evening. According to police, Ravichandran, an officer at the chief secretariat here along with his wife Latha went for a function last evening and returned late last evening. As they reached near their house on two-wheeler, the persons standing near their house attempted to snatch her ornaments. When ,Ravichandran tried to prevent the attempt, he was hacked on his hand. The miscreants then snatched the ornaments and left the place. Ravichandran was admitted to a hospital for treatment. Lawspet police registered a case and started investigation.