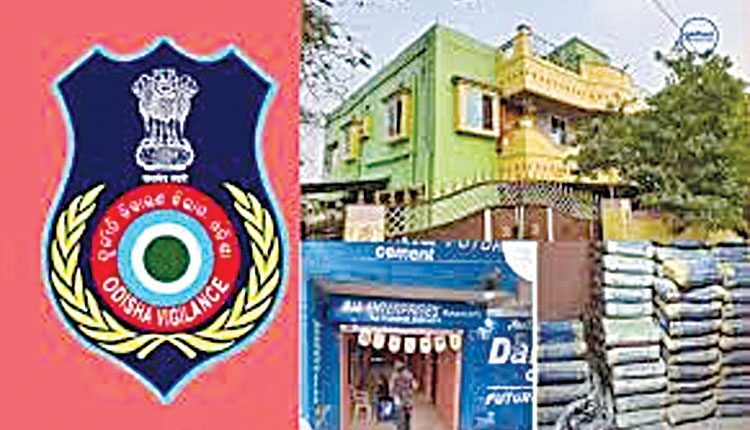 Bhubaneswar, Sep 21 (Bureau) The sleuths of the Vigilance department on Wednesday unearthed disproportionate properties worth crores of rupees from the possession of the Tangarapalli Additional Tahasildar Kulamani Patel in Sundergarh district. Vigilance sources here said acting on an allegation of acquisition of disproportionate assets by Patel, simultaneous house searches are being conducted by Vigilance department led by four DSPs, ten Inspectors, four ASIs and other staff in eight places in Sundergarh district. The searches were conducted at his triple storied building at Lephripada, double storied building at Chitabhanga, three residential houses at Dumarbahal, two residential house at Dumarbahal, his office chamber at Tangarapalli, the residential house of his relative at Chitabhaga and at the office chamber of his wife at Primary school at Sipukachhar all in Sundergarh district.

During the searches the Vigilance sleuths have so far detected One triple storied residential building at Lephripada, One double storied residential building with two out houses and boundary wall at Chitabhanga, Three residential houses at Dumarbahal, One residential house, at -Dumarbahal, and 21 plots in prime area of Sundargarh district. Vigilance Technical Wing is carrying out detailed valuation of the buildings and plots. Vigilance officials also detected two four wheelers , two Tractors, two trailers and three two wheelers. Bank and Insurance deposits are under verification. Searches are continuing and further report is awaited, Vigilance sources said.

Modi chairs meeting of Board of Trustees of PM CARES Fund