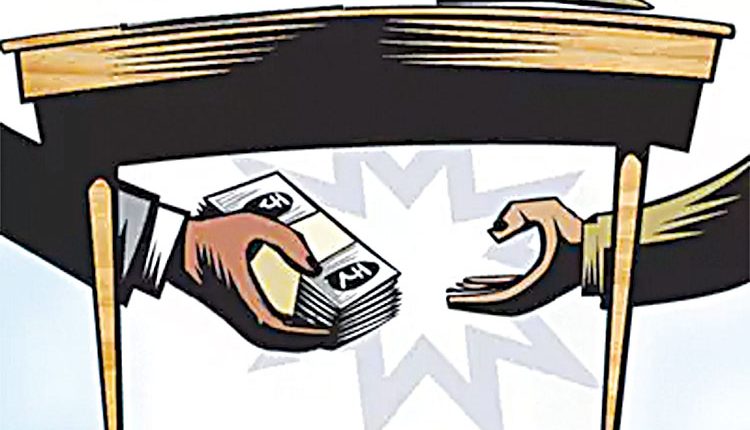 Palghar, Feb 4 (Agency) Two policemen from Vasai who were found guilty of demand and accept of bribe from a complainant have been convicted and sentenced to four years of Rigorous imprisonment by the Special Court at Vasai on Wednesday. In his order the Special Judge Sudhir Deshpande after convicting the accused for the offences under the prevention of corruption act also fined them Rs. 5,000 and Rs. 10,000. The judge in his order stated that the prosecution has successfully proved all the charges against the accused persons who need to be convicted and sentenced. The accused who were convicted and sentenced were Sanjay Deshmuk 36 and Babasaheb Borkar, 40. While Deshmukh was fined Rs. 5,000 Borkar an amount of Rs. 10,000.

Appearing for the prosecution the Additional Public Prosecutor Jayprakash patil told the court that the complainant driver of a trailer was driving his vehicle on the Mumbai-Ahmedabad highway from Hazira towards Pune loaded with consignment of steel. . It was on the fateful day May 29,2009while it was passing through Chinchoti Naka rammed into another vehicle proceeding on the road. The driver of the trailer wanted to register a complaitn with the police at police check post of vasai and approached the accused, who made a demand of Rs. 4,000 for registering the case and handing over the copy of FIR. The aggrieved complainant lodged a complaint with the Thane unit of the ACB officials of which laid a trap and caught the accused persons accepting the bribe money of Rs. 4,000 on June 02,2009 from the complainant.