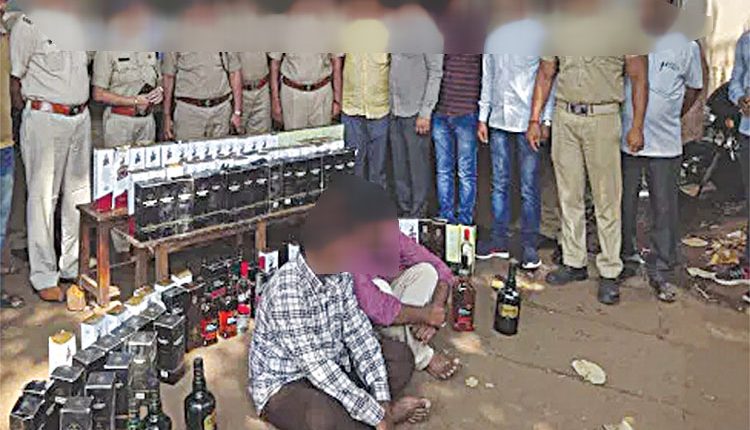 Belagavi, Feb 1 (FN Representative) Excise Department officials seized 684 bottles of liquor which was being illegally transported near Kanakumbi check-post in Khanapur Taluk of Belagavi district on Monday. According to officials sources, two people were allegedly transporting liquor made in Goa via Kanakumbi check-post. During the period of patrolling around 0400 hrs, Excise Department officials stopped the Andhra Pradesh Registration vehicle, the accused kept the liquor boxes under the seat and transporting illegally. Officials seized 684 Bottles (Around 513 lters) Goa Liquor and the vehicle, officials sources said.

Police register case against advocate for beating up colleague, reporter