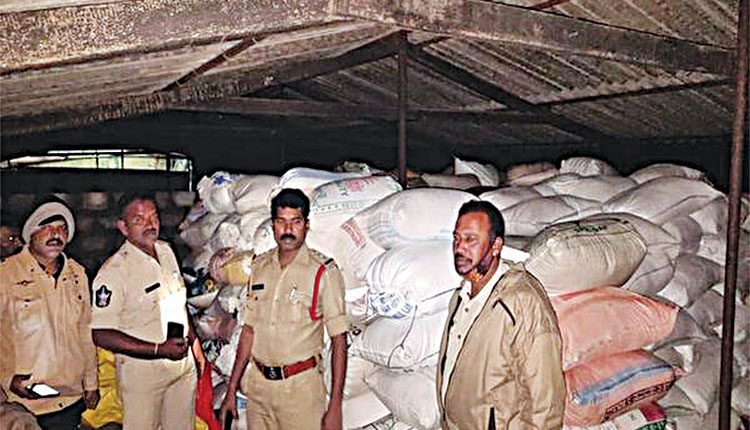 He said that Police officials raided a shop and caught them red-handed on Friday. A total 118 bags (2950 Kg) with about Rs 66,375 public distribution rice seized. A case has been registered at Khade Bazar police station.