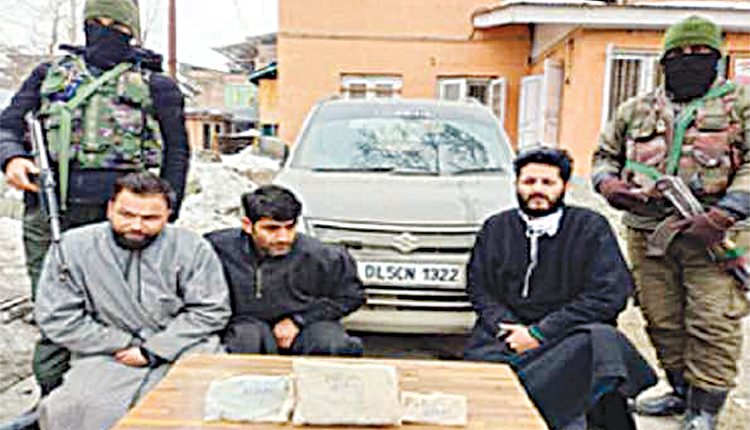 Srinagar, Feb 5 (Agency) Jammu and Kashmir police arrested three drug peddlers and recovered contraband substance in the Badgam district of central Kashmir, a police spokesman said on Friday. He said on a tip-off, a naka was established in Badgam. A car was intercepted and during the search three drug peddlers were arrested and contraband substance recovered. He said the car has also been seized and a case FIR registered in Badgam police station. Further investigation has been taken up, he added.