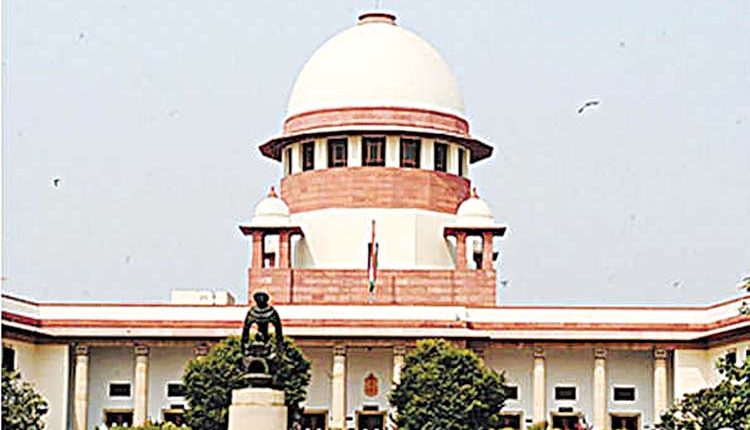 New Delhi, Nov 4 (Bureau) The Supreme Court on Friday in its interim order said no coercive action should be taken against Maharashtra retailers for not complying with state government’s direction to display names of shops and other business establishments in Marathi. Members of the Federation of Retail Traders Welfare Association had sought the apex court’s relief in the matter regarding their signages in the Devanagri script that clashed with the civic body’s rule. A two-judge bench of the Supreme Court, headed by Justice KM Joseph and also comprising Justice Hrishikesh Roy passed the interim order after hearing a petition, filed by the members of association, challenging the Municipal Corporation of Greater Mumbai’s rule mandating compulsory signboards in Marathi in the city. “In the meantime, no coercive action against the members of the petitioner association/federation. Petitioner will furnish a list of members. List the matter for further hearing to November 18,” the bench said.The bench also made it clear that it cannot pass a general order of “no coercive action” and specified that the order will cover only the members of the petitioner association.

While dismissing the petition, the Bombay High Court’s two-judge bench, headed by Justice Gautam Patel and also comprising Justice Madhav Jamdar, had observed that to say that there was some sort of invidious discrimination was wholly untrue. The Association had argued before the high court that there was no rationale in the State government’s decision to impose such condition and that the state’s choice of language cannot be foisted on shops. While dismissing the plea of the Traders Association, the high court had said, “A public purpose is sought to be achieved by the said Rule. There is a broader public purpose and rationale. Marathi may be the official language of the state government, but it is an undeniably common language and mother tongue of the state,”It had said, it has its own extremely rich and diverse cultural traditions extending to every field of endeavour from literature to theatre and beyond. There are texts in Marathi which are expressed and written in Devanagri. This order of the Bombay High Court was challenged by the members of Federation of Retail Traders Association before the Supreme Court, which had granted them the relief and said no coercive action against them, till it again hears the matter further on November 18.