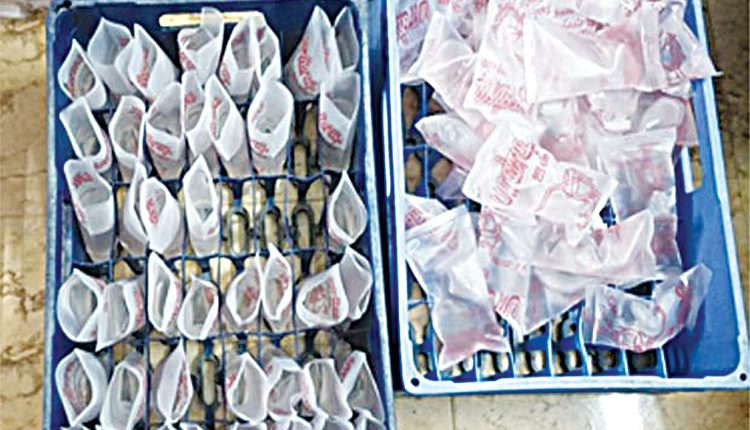 Puducherry, Mar 4 (Agency) Police on Wednesday night seized 352 arrack packets from bahour near here which was stored to smuggle to adjoining Tamil Nadu to lure voters in the April 6 assembly elections. According to police, on a tip off police raided the area and seized the arrack packets and arrested one Devanathan of Bour in this connection. The item was handed over to the Excise police here. Meanwhile, the Kirumambakkam police early on Thursday morning seized arrack packets worth Rs.18,600 along with a car at Parikkalpet from the possession of one Chinnadurai (40). The seized items were handed over 5to the excise police.

It may be noted that in view of the assembly elections in Puducherry and Tamil Nadu on April 6, the police and excise personnel are taking all steps to prevent the smuggling of liquor and transportation of cash to lure the voters. In an inter-state coordination meeting of the Tamilnadu and Puducherry Excise officials here it was decided to book the liquor smugglers under the Goondas Act, to maintain proper register and billing systems in all liquor outlet and to install CCTV in all liquor shops.