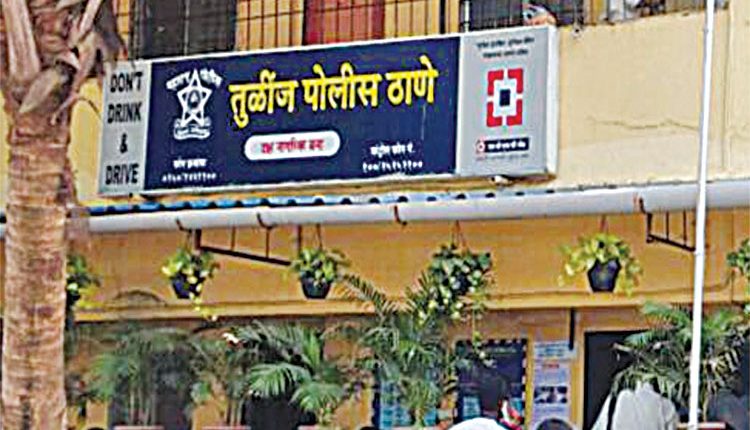 Palghar, Mar 3 (Agency) With the arrest of one person and detention of two juveniles the MBVV police on Tuesday claimed to have solved the case of murder and two cases of robbery indulged by them in the small hours of Monday the police said. Sr. PI Rajendra Kamble of the Tulinj police station under Nalla Sopara told this correspondent that it was at around 4.30 a.m. on Monday a 44 year old man from Sankeshwar Nagar was stabbed to death. The victim identified as Sailesh Phatak, was employed as a security guard and was on his duty. Then the police had registered a case of 302 of the IPC and initiated the probe.

During the probe it was revealed that while walking on the road in the darkness he accidentally dashed against the accused who is identified as Hitesh Bhosale, 30 also of the same locality. The accused got annoyed and simply attacked the victim the knife and killed him. At that time two juveniles were present with him who have also been taken into custody. During the probe it was revealed that in the same morning the accused persons were involved in two other crimes of robbery. The police said that the juveniles have been sent to the juvenile courts, the other accused was being probed for any other crimes by him and the two others.

Huge quantity of gold seized from passengers at RGIA