In-laws sentenced to life imprisonment for dowry murder in UP 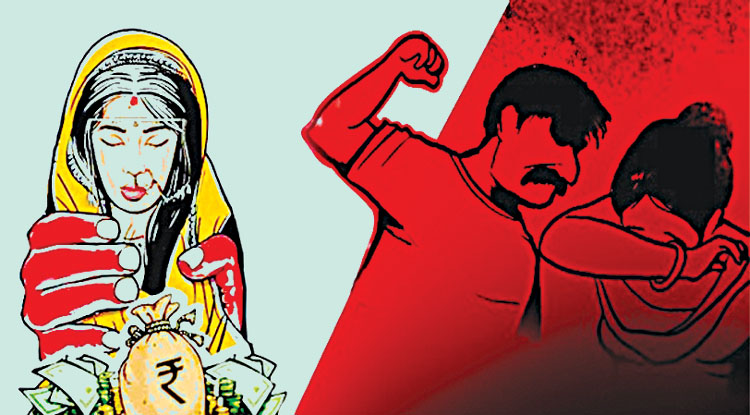 Jaunpur, Feb 12 (FN Agency) The in-laws of a woman were sentenced to life imprisonment for murdering their daughter-in-law within seven months of the marriage by the Additional Sessions Judge. The court also imposed a fine of Rs 10,000 each on the duo while acquitting the husband, sister-in-law and another individual due to lack of evidence. The prosecution here said that the deceased woman’s father Shyamlal Chauhan had registered a FIR at the badlapur police station that his daughter Lali had been married to Belawa resident Anil Chauhan on April 16, 2016.

However, her husband Anil, father-in-law Mahendra, mother-in-law Heerawati, Meera, wife of Anil’s elder brother, sister-in-law Sugi started harassing Lali for dowry 10 days after the marriage. When their demands were not met, they put kerosene oil on Lali and set her afire on November 8, 2016. Lali, who sustained critical burn injuries, was admitted to the district hospital where she succumbed to her injuries. Before her death, Lali had given her statement to the Magistrate that her mother-in-law and father-in-law had set her ablaze after putting kerosene oil on her. Following an investigation into the case, the police had given the chargesheet to the court. Additional Sessions Judge Fast Track Court (First) Anjani Kumar Singh, after observing the evidence and evidence available on the paper, sentenced the father-in-law Mahendra and mother-in-law Hiravati to life imprisonment and imposed a fine of Rs 10,000 each. The court acquitted the deceased’s husband, sister-in-law and wife of Anil’s elder brother for lack of evidence.