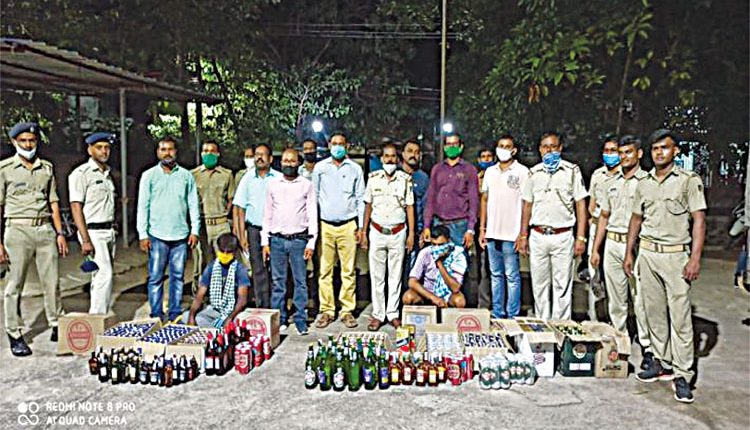 Kakinada, Jun 1 (Agency) The special enforcement bureau (SEB) headed by the additional SP Dr Sumit Garud, on a tip off, conducted a raid on a dilapidated tiled house in Pugaku Lanka hamlet of Kesanakurru village of I. Polavaram mandal on Tuesday and seized non -duty paid liquor 1104 bottles of 180 ml capacity packed in 23 cases stored clandestinely.

The value of the liquor seized was Rs 2,20,800/-,police sources said. It was non-duty paid liquor and believed to have been clandestinely transported from Goa, the sources added. The SEB Additional SP Dr Sumit Garud has sought the cooperation of the people in curbing the ID Liquor and non –duty paid liquor besides the smuggling of Ganja and Ghutka advising them to inform the police regarding such activity in their area for initiating prompt action.

Widows, Orphans in Covid casualties in Odisha to get pension in 15 days