Four arrested in connection with loot of Rs 9.61 lakh in Deoghar 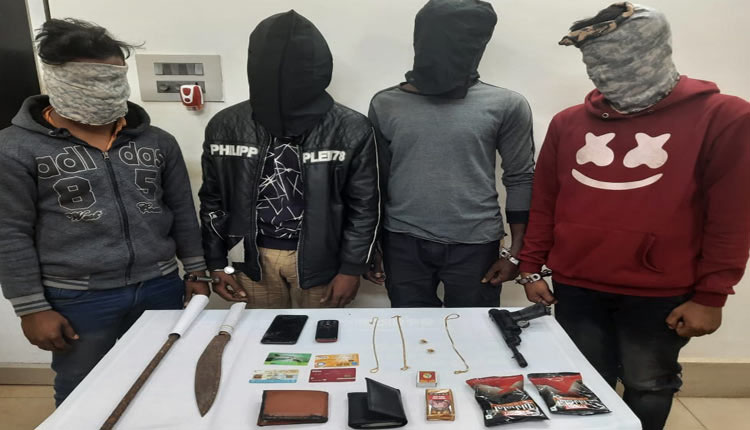 Deoghar, Feb 24 (Agency) Police have arrested four men in connection with a loot of Rs 9.61 lakh which had taken place on Monday under the Jasidih Police Station area of this district. Addressing a press conference here on Wednesday Deoghar SP Ashwini Kumar Sinha said that within 48 hours the case has been cracked. The arrested have been identified as Uday Jha, Divyanshu Kumar Singh alias Panna, Sourabh Kumar Singh alias Fuchak alias Suryasen Singh and Rajesh Yadav.

The SP said that three among the arrested have been nabbed from Gidhani village of Deoghar district while the kingpin of the gang was nabbed from Raniganj of West Bengal. He said that from the arrested a sum of Rs 7,86,500 has been recovered and a car that was used in executing the crime has been also seized.

A sum of Rs 9.61 lakh was looted from an employee of a petrol pump near the overbridge under the Jasidih Police Station area.