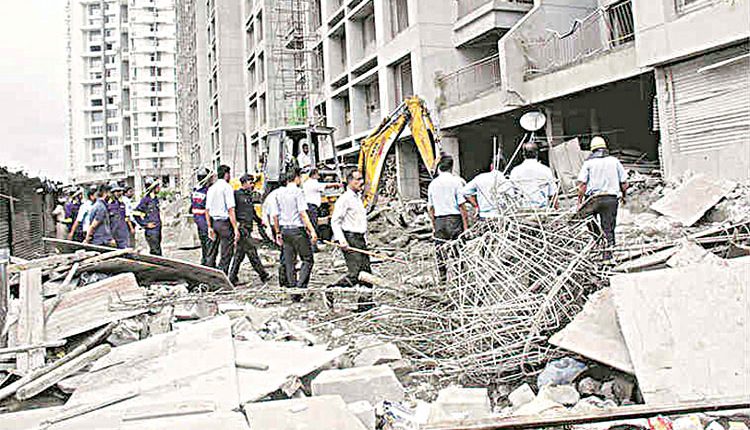 Thane, Feb 19 (FN Representative) The Bhiwamdi police on Thursday arrested as many as four persons including the Assistant Municipal Commissioner of the BNMC in connection with the Jhilani building collapse which claimed as many as 38 lives. The DCP Bhiwandi Zone-II Yogesh Chavan confirming the arrest said that they were produced in the court and the civic employees were remanded into police custody till March 04, he said. The building collapse on September 21, 2020 in the powerloom town claimed the lives of as many as 38 and 23 others were injured.

The police at Narpoli police station arrested the builder Mohammad Mukhtar Gulam rasul Fandole, 76, the then AMC Sudam Jadhav, Beat Inspector Sitaram Wagal and Clerk Praful Tambe in connection with the incident and dereliction of duties. The builder has been arrested and remanded into judicial custody for constructing upper floors illegally. The Maharashtra Cabinet at its recent meeting sanctioned Rs. 3 lakhs to the kin of those killed in the mishap.

Three held with one Kg opium