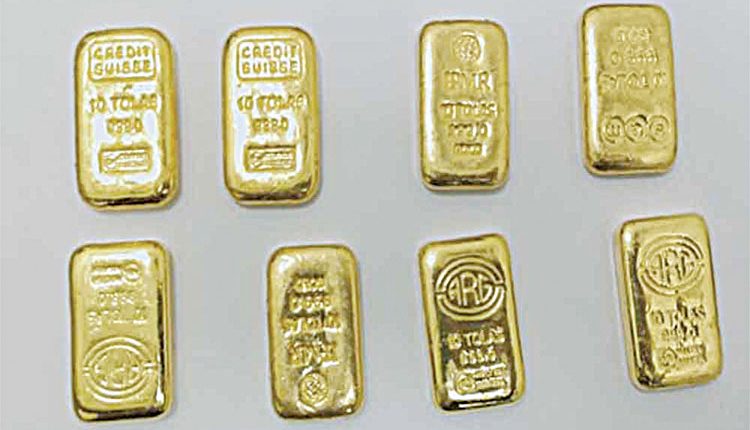 Officials said on Wednesday that Rasheed who is a resident of Kasargod, Kerala, has been accused of smuggling gold in paste form in his rectum. The officials seized 0.658 kg gold. The gold has 24K purity which is valued at Rs 33.29 lakh. Commissioner of customs, Imamuddin Ahmed, IRS has commended the persistent vigil maintained by the MIA customs team led by Avinash Kiran Rongali IRS, deputy commissioner, and officer Vikas, superintendent, Shruthi Ranjan Barik and superintendent, Chandra Mohan Meena for their consistent efforts to prevent incidents of smuggling. In the second incident, gold weighing 1.119 kg valued at Rs 57 lakh was seized from two passengers who had arrived from Dubai by SpiceJet flight.