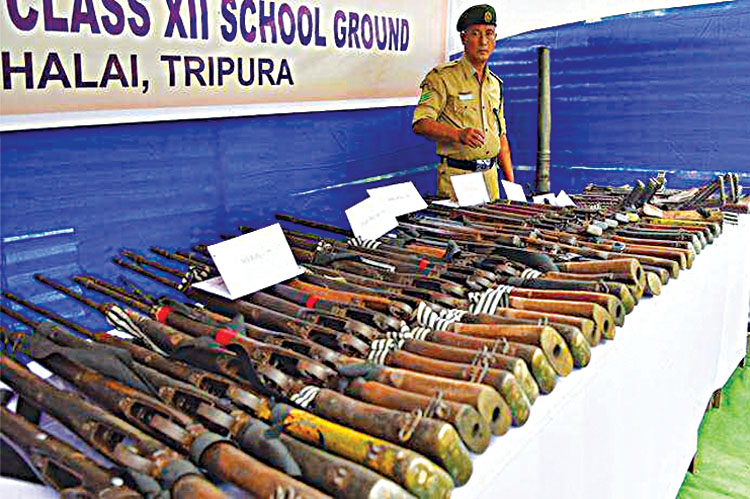 They had associated with the outfit for revival of militancy ahead of the crucial ADC elections barely in two months, they confessed, police claimed. According to reports, Prasenjit Debbarma was arrested for terror links in Bangladesh and was pushed back to India in 2017 while Ramu Debbarma and Rathindra Debbarma laid down arms sometime in 2006 and returned to the main stream. Allegedly, they were arrested on the charge of serving extortion notices to few people including a temple at Arjun Thakur Para of Takarjala. Police arrested them after conducting a search of Madhya Ghaniyamara Road and they were booked under sections 120 B, 384, 507 of Indian Penal Code (IPC) and other Acts.