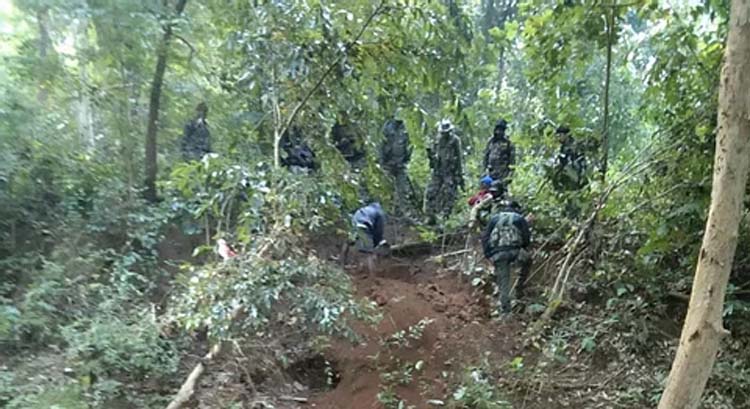 Chaibasa, Nov 25 (Agency) Skeletal remains of five persons — a couple and their three children — have been recovered from a forest located under Tonto Police Station area of the West Singhbhum district. Police sources on Wednesday said the family had been missing since since July 14, 2020. Sources claimed that they were murdered over a land dispute and later their bodies were buried 20 kilometers away from the Baihatu village next to a river. Three people have been taken into custody for questioning in the case, sources added. Chaibasa SP Ajay Linda has maintained that the matter is being verified and questioning is on. The deceased have been identified as Kaira Laguri, his wife and three children — 10-year old daughter, 6-year-old son and an infant girl. The couple was beaten to death with sticks while the children were strangulated to death and buried along with their parents. Apart from the remains, police have also recovered the clothes of the victims. Earlier, the family members of the deceased had held demonstrations in Chaibasa, accusing the local police of negligence after which an FIR in the case was registered.