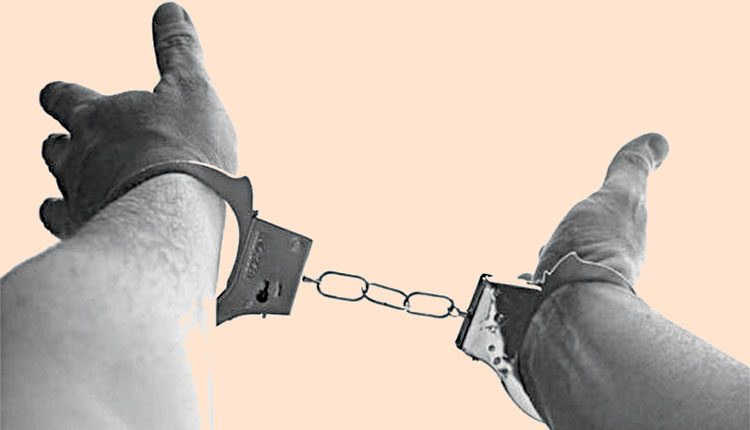 Agartala, Jan 21 (Agency) Police arrested four persons, including a collaborator of banned outfit NLFT with Rs 15 lakh, from Raishyabari market last evening during an alleged deal of extortion between the outfit and contractors of a government project. Police claimed the contractors of National Projects Construction Corporation Limited, who are engaged in barbed wire fencing work along Tripura – Bangladesh border in Gandacherra of Dhalai district, were going to hand over the extortion money to NLFT collaborator. The arrested contractors were identified as Amit Bhowmik of Agartala, Arjun Debnath of Udaipur and Suman Majumdar of Khowai. Reports said NLFT has been collecting money from the construction agencies engaged in wire fencing. Three NPCC workers were kidnapped by NLFT from the border following a temporary disruption of payment. They were released only after paying ransom of Rs 12 lakh. Police said based on specific inputs, a team of TSR jawans carried out raid at Raishyabari market and intercepted three persons moving on a Bolero and seized Rs 15 lakh from their possession.