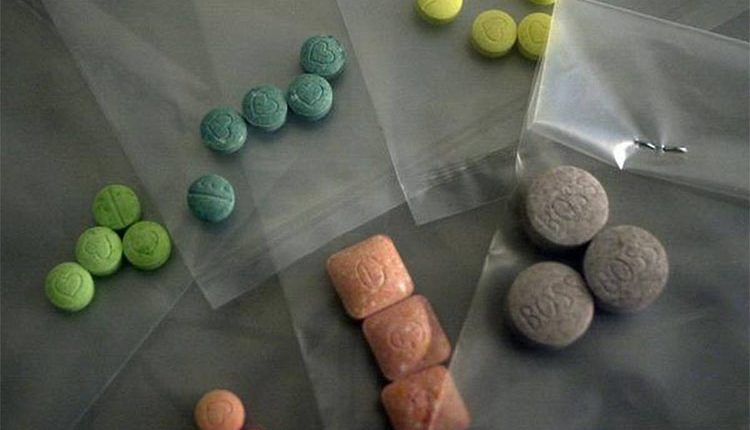 Visakhapatnam, Nov 23 (Representative) : As many as 33 LSD (Lysergic acid diethylamide) bolts, which contained narcotic substance, were seized by the City special police team here on Sunday and five persons have been arrested, including an engineering student and BBA graduate. Commissioner of Police, Manish Kumar Sinha identified the accused as Arvind Agarwal (21), a BBA graduate, K Sahil(20) a BTech student, B Chandra Sekhar (28), Michel Welcom (22) and M Muralidhar (20). Based on the credible information about the drug trade in the city, the police have formed a special team with Inspector of PM Palem Ravi Kumar and few others to nab the drug peddlers and suppliers.

The police officer said that Arvind, son of a businessman, who recently completed BBA at Bengaluru, hatched a plan for easy money through drug deals. Arvind approached his classmates K Sahil and M Muralidhar in Vizag city, ordered the LSD bolts online from abroad and he purchased each LSD bolt for Rs 400 and sold each LSD to his classmates for Rs 1,000. K Sahil and Muralidhar used to sell each LSD bolt to the students and youngsters at Rs 2,000 per bolt in Vizag city. Based on this information, the police nabbed five persons and seized the LSD bolts. The Police have identified the LSD users in the city and will take necessary steps to control the drug menace in the city, the Police officer added.