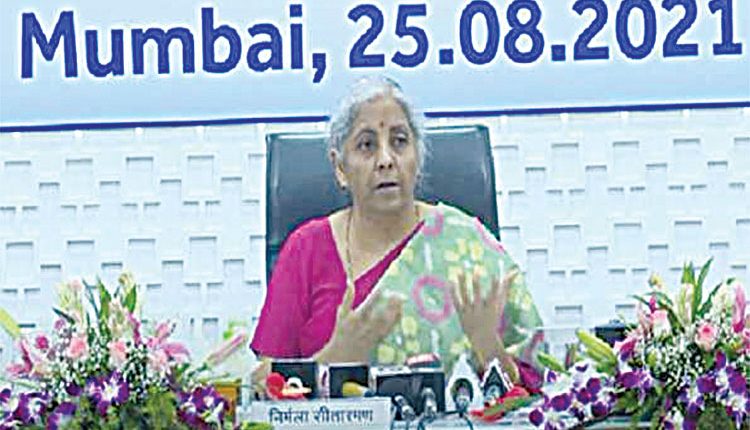 SBI, BoB, Union Bank of India, Punjab National Bank and Canara Bank won the top awards in different themes of the PSB Reforms Agenda EASE 3.0. The Finance Minister complimented Public sector banks for continuing to provide uninterrupted service and credit delivery to its customers, despite the Covid pandemic. They had also been at the forefront of extending banking services in the remotest parts of the country, she said.

Pre-festive cheer for PSU bank employees
Mumbai, August 25 (FN Representative) In a pre-festive cheer for PSU bank employees, the government has approved a proposal to increase the family pension to 30 per cent of last salary drawn. Accordingly, the family pension would go up to as much as Rs 30,000 to Rs 35,000 per family of bank employees. In continuation of the 11th bypartite settlement on wage revision of public sector bank employees, there was a proposal for enhancement of family pension and also the employers’ contribution under the National Pension Scheme (NPS). The government has also approved the proposal to increase employers contribution under NPS to 14 per cent from the existing 10 per cent.

“This (proposal) has been approved by Finance Minister (Nirmala Sitharaman) ,” said Debashish Panda, Secretary, Department of Financial Services, at a press meet in Mumbai. The settlement was signed by the Indian Banks Association (IBA) with the unions concerned on November 11, 2020. Panda said earlier the scheme had slabs of 15, 20 and 30 per cent of the pay that a pensioner drew at that point of time. It was capped subject to a maximum of Rs 9,284. “That was a very paltry sum and Finance Minister Sitharaman was concerned and wanted that to be revised so that family members of bank employees get a decent amount to survive and sustain,” said Panda. An official statement said that thousands of families of PSU bank employees will be benefited by the enhanced family pension while an increase in employers’ contribution will provide financial security to the bank employees under NPS.