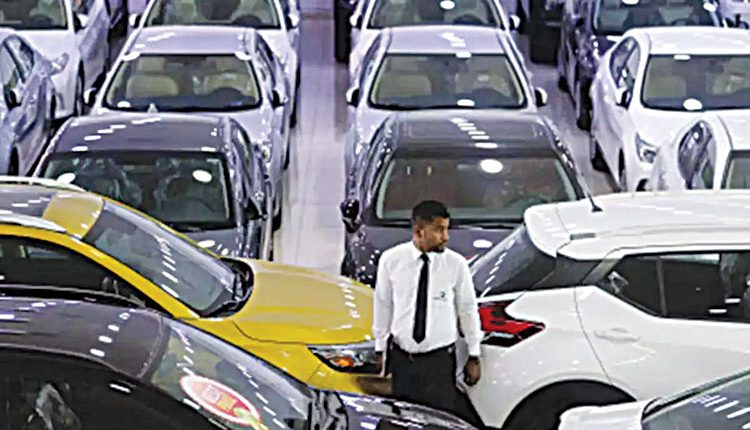 New Delhi, Oct 13 (Agency) Amid a surge in festive demand and easing supply woes, domestic passenger vehicle (PV) sales recorded 92 per cent year-on-year (YoY) jump to 3,07,389 units in September 2022. The total passenger vehicle sales comprising cars, utility vehicles and vans in the domestic market had stood at 1,60,212 units in September 2021. As per the monthly sales data released by Society of Indian Automobile Manufacturers (SIAM) on Thursday, total three-wheeler sales in the domestic market increased 73.4 per cent to 50,626 units in September as compared to 29,191 units in the corresponding period last year.

Two-wheeler sales during this period went up 13 per cent year-on-year to 17,35,199 units. Vinod Aggarwal, President, SIAM said that there is an improvement seen across the segments in Q2 of 2022-23, compared to the previous year. “We are hopeful that the industry will do well in the month of October, which has two major festivals of Dussehra and Diwali. Recent increase in the prices of CNG fuel, higher repo rates and the Russia-Ukraine conflict are of concern and could impact the market in the coming months,” he said. The total production of passenger vehicles, three wheelers, two wheelers, and quadricycles in September 2022 was 2,479,256 units, according to SIAM data.

The total production of passenger vehicles, commercial vehicles, three wheelers, two wheelers, and quadricycles in July-September 2022 (Q2FY23) was 7,353,039 units. Commenting on Industry performance, Rajesh Menon, Director General, SIAM said, “September month has been generally good for industry, as passenger vehicle segment has recorded highest ever sales in H1 and commercial vehicle segment has started showing trends of better market demand. “ Off-take of entry level two-wheelers and entry level passenger vehicles have been of concern especially as the rural demand has not picked up, he added.