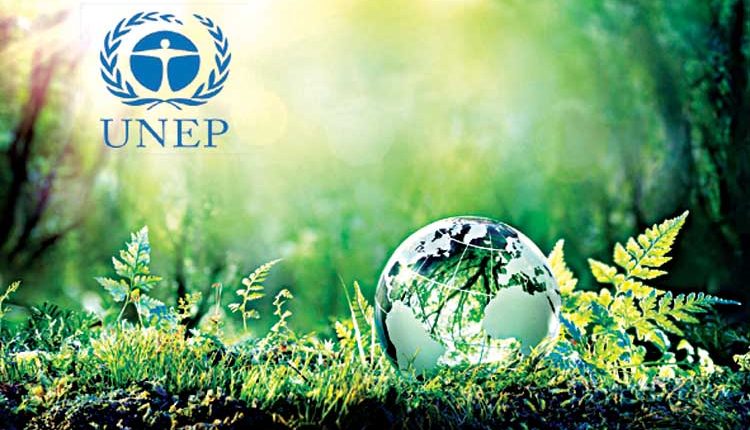 New Delhi, Oct 21 (FN Representative) The new findings of UN environment Programme UNEP has claimed that infrastructure sector is responsible for 79 per cent of all greenhouse gas emissions, as well as 88 per cent of all adaptation costs, the report said on Thursday. A new report, published ahead of the 2021 United Nations Climate Change Conference (COP26) has called for a radical change in how governments plan, deliver and manage infrastructure – emphasising the often-overlooked role infrastructure plays in combating climate change, mitigation, and adaptation efforts. The new report, Infrastructure for Climate Action, is co-published by UNOPS, the UN Environment Programme (UNEP) and the University of Oxford. The research looks in detail at the influence of infrastructure on climate action across energy, transport, water, solid waste, digital communications and buildings sectors.

“The findings highlight that infrastructure is responsible for 79 per cent of all greenhouse gas emissions, as well as 88 per cent of all adaptation costs and therefore the sector is centrally important to achieving the Paris Agreement and the Sustainable Development Goals” the report said. “As we seek to bridge the infrastructure gap and improve the quality of life of people everywhere, it is critical that we invest in sustainable infrastructure that adapts to future uncertain climate conditions, contributions to the decarbonization of the economy” said the Inger Andersen Executive Director of UNEP “Sustainable infrastructure is the only way we can ensure that people, nature and the environment thrive together” She said. The report calls on governments to treat infrastructure as a priority sector for climate action.

It also calls for unified planning to tackle emissions from infrastructure. The UNEP argued that in order to tackle climate change, governments need to radically rethink how infrastructure is planned, delivered and managed in order to make it suitable for a low-emission and resilient future. Speaking on the publication of the new report, UN Under-Secretary-General and UNOPS Executive Director, Grete Faremo said: “Our world is facing a climate emergency, with changes that are unprecedented, intensifying and, in some cases, irreversible. There is still time to act, but we need to do this urgently”. The report also presents some of the key steps that practitioners can take to ensure infrastructure projects incorporate climate adaptation and mitigation measures, while still aiming for long term sustainability. Focusing on national examples, it highlights infrastructure projects that have contributed to the achievement of national climate and development targets. “The central question is not whether we need infrastructure, but how it can be provided in ways that are sustainable, resilient and compatible with a net zero future. There is no simple answer to the question of how to provide climate-compatible infrastructure. It requires a myriad of choices, from the moment an infrastructure project is first conceived, to the end of its life when it is decommissioned or repurposed” said Professor Jim Hall, Professor of Climate and Environmental Science.