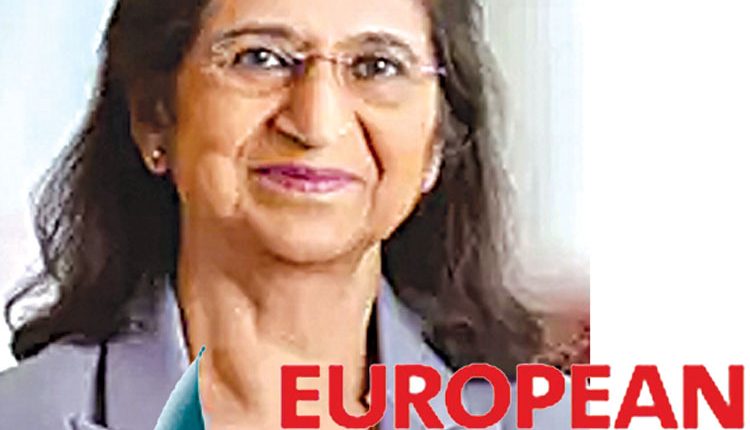 New Delhi, Jun 18 (Agency) Indian-American chemist Sumita Mitra has won the European Inventor Award 2021 in the ‘Non-EPO countries’ category. Sumita Mitra was honoured with the European Inventor Award 2021 for her application of nanotechnology in dentistry, the European Patent Office (EPO) said in a statement. Mitra was the first to successfully integrate nanotechnology into dental materials to produce stronger and more aesthetically pleasing fillings, which are now used by dentists around the world. ‘Sumita Mitra took an entirely new path in her field, and demonstrated how technological innovation, protected by patents, can transform a sector, and in this case bring benefits to millions of dental patients,’ said EPO President António Campinos.

The Award, one of Europe’s most prestigious innovation prizes, is presented annually by the EPO to distinguish outstanding inventors from Europe and beyond who have made an exceptional contribution to society, technological progress and economic growth. Sumita Mitra discovered that incorporating nanoparticles into dental materials can produce fillings that are stronger, more durable and more aesthetic. Her innovation has since been successfully commercialised and used in more than one billion tooth restorations, helping to restore smiles around the globe, the statement noted. The 2021 European Inventor Award ceremony was held digitally this year. The finalists and winners in five categories (industry, research, SMEs, non-EPO countries, and lifetime achievement) were selected by an independent international jury.

The other laureates of the European Inventor Award 2021 are — Per Gisle Djupesland (Norway) for the ‘industry’ category; Robert N Grass and Wendelin Stark (Austria/Switzerland) for research category; Henrik Lindström and Giovanni Fili (Sweden) for small and medium-sized enterprises category; and Karl Leo (Germany) for the ‘lifetime achievement’ category. Moreover, the popular prize, awarded to one of the 15 finalists through an online public vote, this year went to Serbian-American biomedical engineer Gordana Vunjak-Novakovic. The European Inventor Award was launched by the EPO in 2006, it honours individual inventors and teams of inventors whose pioneering inventions provide answers to some of the biggest challenges of our times.