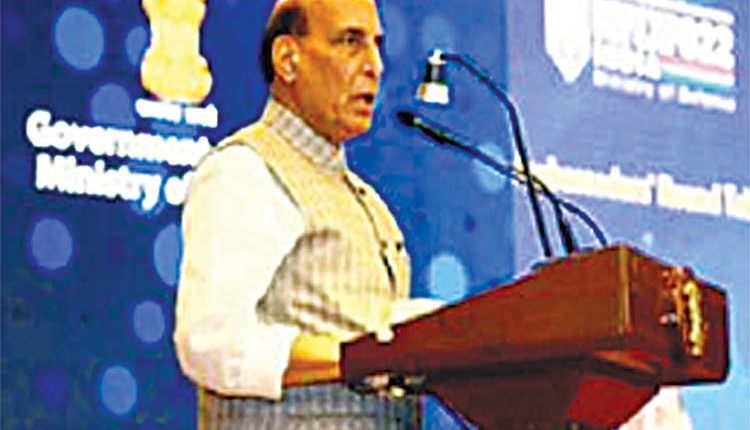 Our performance in the field of exports gives a strong indication about the competitiveness and quality of our defence products.” The Defence Minister said that the government is committed to defence modernisation and enhancing capabilities. In the annual budget for the year 2021-22, the Defence Capital Plan has been increased by 18.75 per cent compared to the previous year. This is the highest increase in the last 15 years. Singh said he would like to assure all friendly countries that India is committed to the system of collective security enshrined in the Charter of the United Nations. The Defence Minister said taking forward the achievements from previous defence exhibitions, this year’s exhibition will see a large number of participants from foreign and Indian companies. He said we are committed to strengthening our existing partnerships and new ones.

Singh said in such events, mutual exchange of ideas strengthens the relationship and everyone understands each other’s interests. The Defence Minister said the Defence Exhibition 2022 will give the world a glimpse of India’s defence & research, production, modern technology and liberal policies from the last five to seven years. The participation of various countries in this exhibition will strengthen mutually beneficial relations. India is ready to conduct business on the basis of mutual benefit and protection of interests to benefit all. He said our representatives in Delhi and Gujarat will be available for the next four months to solve every problem related to this exhibition. He expressed hope that all the participants will carry an indelible impression of the rich culture, art, cuisine and cleanliness of Gujarat. The Defence Exhibition will be organised in Gandhinagar from March 10 to 13 in 2022.