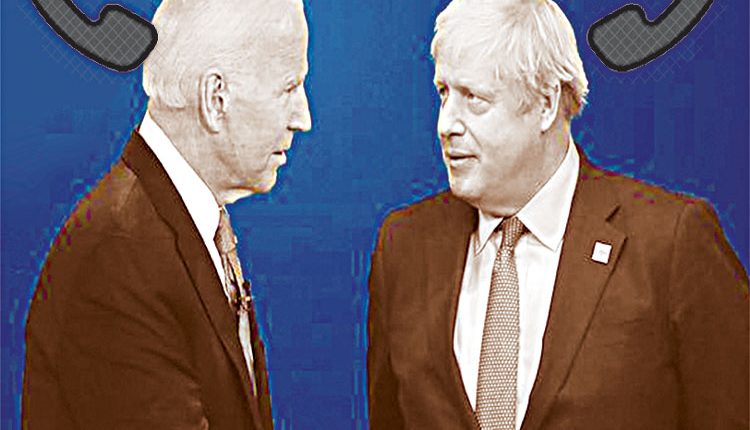 London, Jan 24 (FN Bureau) US President Joe Biden had a discussion with British Prime Minister Boris Johnson over the telephone, besides agreeing to strengthen ties between the two countries, the two leaders discussed a host of topics including the challenge posed by the corona virus and climate change.

The British Prime Minister welcomed Biden’s announcement that the US would rejoin the World Health Organization(WHO) and the Paris Agreement. Both agreed on the importance of the North Atlantic Treaty Organization(NATO). They discussed the idea of a free trade deal between the two nations and the need for coordination on foreign policy priorities, including China and Iran. Biden, who was sworn in on January 20 is reaching out to various world leaders, on Friday he spoke through phone with his counterparts in Canada and Mexico separately.