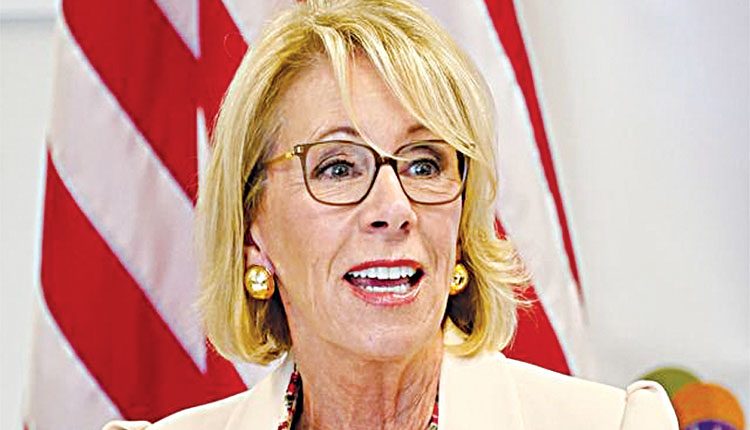 Washington, Jan 8 (Agency) US Education Secretary Betsy DeVos on Friday tendered her resignation following the Capitol riots, which claimed lives of five people, including a policeman. In her resignation letter, Ms DeVos, one of the longest serving members of the President’s administration, accused President Donald Trump of fomenting Wednesday’s disorder. “There is no mistaking the impact your rhetoric had on the situation, and it is the inflection point for me,” Ms Devos said. She has now become the second Cabinet member to quit the office. Earlier, the Transportation Secretary had stepped down. Other aides to quit include Special Envoy Mick Mulvaney, a senior national security official, and the Chief of Staff to First Lady Melania Trump. A state department adviser was also sacked, after calling Trump “unfit for office” in a tweet.