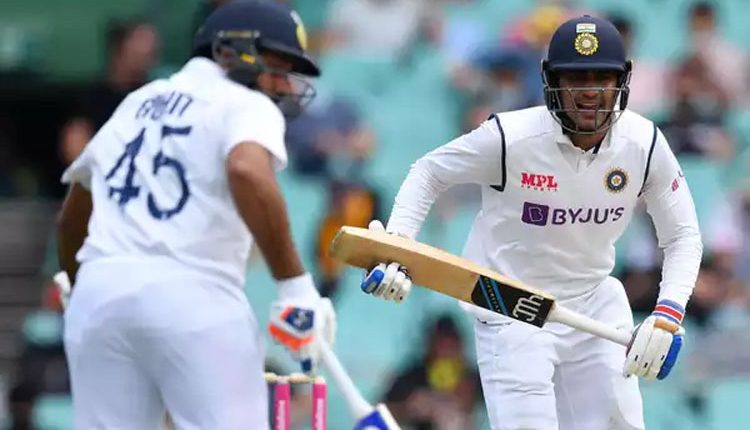 Sydney, Jan 8 (FN Agency) Australia toiled to end the day on an even keel, but the second day of the Sydney Test arguably belonged to India. First, they restricted Australia to 338, an under-par total on this SCG wicket having looked set for 400 at one stage, before the openers gave them a solid 70-run stand as they ate into the deficit on Friday (January 8), going to Stumps on 96 for 2, trailing by 242.

Rohit Sharma and Shubman Gill were solid upfront, as Australia’s pacers struggled to get their lengths right. Anything outside off Rohit was more than willing to leave, while punishing anything short or slightly short and with width on offer, as the pair got as many as 11 boundaries and a six in their stay together with 40 runs coming off 41 short balls, while the openers were a bit circumspect against the good length and fuller ones in that first hour. Gill used his feet well against Nathan Lyon and was inventive with his strokeplay en route his maiden Test fifty.

Cummins was persisted with against Pujara, who he’s dismissed thrice so far in four innings, giving away just 14 balls in 83 balls. Australia’s plan against Pujara seemed simple: to get him to nick one against away seamers and with Cummins having found his lengths towards the end of the session, it was an interesting phase of play. The Australian pacers bowled to Pujara predominantly at the top of off, which he was happy to leave. Pujara and Ajinkya Rahane eventually kept Australia at bay.

Steve Smith, earlier, became the first Australian to score a century this series with a brilliant 131 after failures in the first two Tests. Yet, India was the happier side after having restricted Australia to 338 just before Tea, with Ravindra Jadeja throwing a spanner in the works. The SCG wicket had little in it for the bowlers, with batting gradually getting easier. After losing three quick wickets in the opening session of the day to give India the upper hand, Smith was seemingly running out of partners after a few more after the break with Jasprit Bumrah hitting the right lengths with the second new ball. Bumrah’s spell with the second new ball read 7-3-12-2 after Paine and Green’s wickets.

Another brief shower brought a halt in proceedings thereafter, but Matthew Wade and Smith attacked Jadeja to get in a few boundaries. However, it was the bowler who had the last laugh as Wade replicated his dismissal against Ashwin in Melbourne to throw his wicket away in a bid to be aggressive. India took the new ball as soon as it was made available, and although there was no movement, some tight bowling to new batsman Cameron Green had him under the pump, eventually to be trapped leg-before with one that jagged back in for a 21-ball duck with India tilting the scales in their favour.