UP fares far better than other states in women safety: NCRB 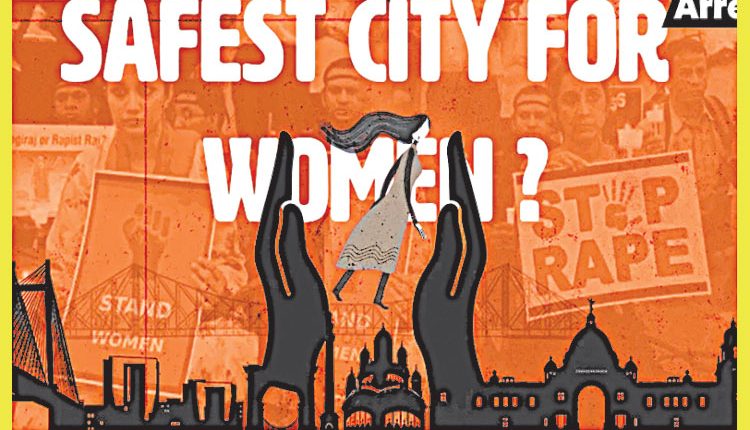 Lucknow, Jan 10 (Agency) After Chief Minister Yogi Adityanath took charge of Uttar Pradesh in 2017, the state has become the safest place for women in the country as per the latest data of the National Crime Record Bureau (NCRB) is concerned. According to the latest NCRB report, UP has the lowest figures of crime against women as compared to the 21 major states of the country. The state also has fewer female crime cases than the national average. The Yogi government, which has been continuously making efforts for the safety, dignity and self-respect of women, has been successful to a great extent in curbing crime against women in UP and the latest figures of NCRB are also testifying it.

According to official sources here on Sunday, in 2019, the country’s overall average for the crime against women was recorded at 62.4 cases per one lakh while UP stood at 55.4 per one lakh. If the figures of crime against women in 2019 are to be seen in the other major states of the country, the other states are worse as compared to Uttar Pradesh. The average crimes per one lakh in Maharashtra during this period stood at 63.1, West Bengal 64.0, Madhya Pradesh 69.0, Rajasthan 110.04 and in a small state like Kerala it was 62.7. Statistics also show that the Yogi government has taken a tough stand in curbing crime against women and the police and judicial process is also made accessible to women.

According to the NCRB data, in the year 2016, as many as 3289 rape cases were reported in UP. However, the figures dropped to 2232 in the year 2020. As compared to the Samajwadi Party government in 2016, the Yogi government was successful in bringing it down by 32 per cent. Similarly, there were 11,121 cases of female abduction in 2016 and the government brought it to 11,057, reducing it by 27 per cent in 2020. However, ever since its formation, the Yogi government seems determined to not spare anyone found involved in crime against women and the statistics are testimony of this fact. While five accused of rape have been hanged, others in 193 similar cases are serving life sentences. Besides, the government has also given strong defence on the basis of which the punishment was handed to culprits in 721 cases. The Nirbhaya Fund was utilised by the state government to ensure the safety and security of women and girls in eight cities including Lucknow. Along with this, deployment of anti-Romeo squad across the state, deployment of women cops in plain clothes, UP 112, Pink Patrolling, Pink Booths at main intersections, women help desk at police stations and other similar steps taken by the government clearly indicates its stand on the issue of women safety, security and dignity.