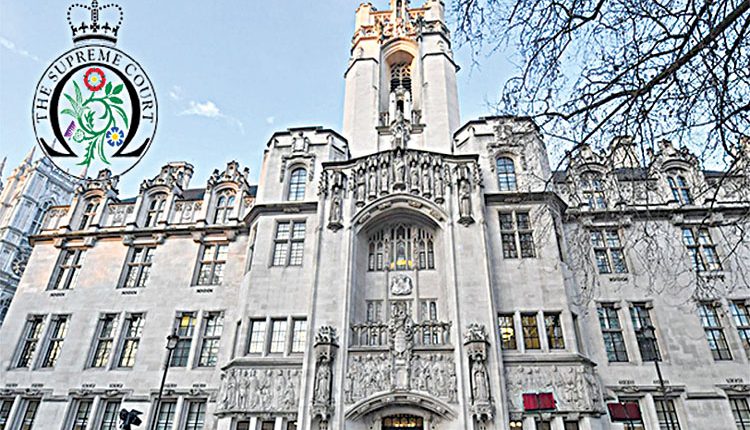 London, Jan 15 (Bureau) Thousands of businesses should be covered by their insurance for losses caused by coronavirus lockdowns, the UK Supreme Court ruled on Friday, in a test case that pitched the industry regulator against major insurance companies. Small businesses, from restaurants to nightclubs and wedding planners to beauty parlours, have said they faced ruin after attempts to claim compensation for business losses during the pandemic were rejected by insurers. Six of the world’s largest commercial insurers — Hiscox, RSA, QBE, Argenta, Arch and MS Amlin — said many business interruption policies did not cover widespread disruption after Britain’s first national lockdown last March. But senior judges said many payouts should be triggered after scrutinising non-damage insurance policy clauses — which cover disease, denial of access to business premises and hybrid clauses — in a victory for policyholders and the regulator. Shares in insurer Hiscox tumbled by more than 5%.

The Financial Conduct Authority (FCA) said it would be working with insurers to ensure they quickly settled claims they were now required to pay and to make interim payments if possible. The FCA took insurers to court last June in a case expected to have ramifications for 370,000 policyholders, 60 insurers and billions of pounds in claims because many policies have similar wordings. The case has been watched closely as similar battles brew. The six insurers, the FCA and a group of policyholder claimants, the Hiscox Action Group, had challenged elements of a High Court ruling handed down last September that they had lost. “The judgment should be a massive boost to all businesses reeling from a third lockdown who can now demand their claims are paid,” said Richard Leedham, a partner at law firm Mishcon de Reya who represents the Hiscox Action Group. “The hope and expectation of our clients is that the claim adjustment process starts immediately and that insurers will not continue to cause further distress by further unnecessary delay.”