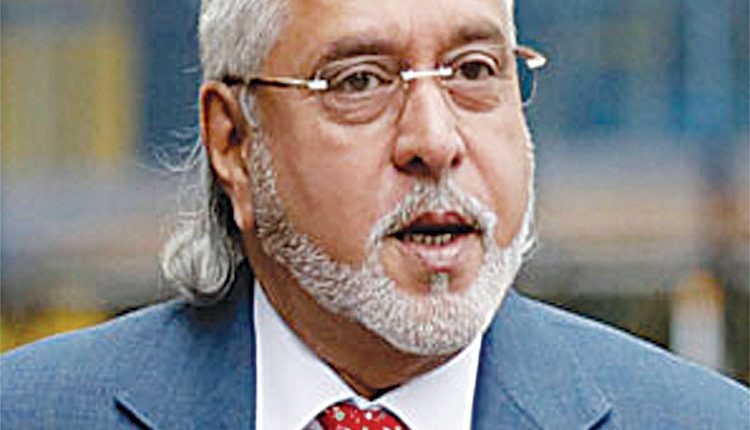 London, Jan 12 (Agency) A UK court hearing an urgent application on Monday refused to sanction the release of substantial sums held with the Court Funds Office (CFO) as part of bankruptcy proceedings being pursued against liquor tycoon Vijay Mallya by a consortium of Indian banks, led by the State Bank of India (SBI). Judge Sebastian Prentis, who presided over a remote hearing at the Insolvency and Companies Court (ICC) of the High Court in London, concluded that Mallya had failed to provide the “basic information” required for such a validation order and agreed only to allow sufficient funds to cover an appeal hearing scheduled in the bankruptcy case for Wednesday.

“As to the urgency of this application, I remain puzzled,” the judge noted, as he raised questions about updated evidence on full disclosure of assets at Mallya’s disposal, including jewellery and a “fine suite” of high-value luxury cars that were listed as being owned by him. The issue of funds held by the court will now be fully dealt with at a hearing listed before the High Court on January 22, during which the court will decide whether to sanction sums towards living expenses and legal fees from the sale of a French luxury property Le Grand Jardin last year.

The 65-year-old former Kingfisher Airlines chief seeks approval to use 2.8 million pounds of the estimated 2.9 million pounds held by the court under the UK’s Insolvency Act 1986. Vijay Mallya’s counsel, Philip Marshall, argued that his client needed urgent access to funds to avert a “high risk” of him losing his legal representation. Barrister Tony Beswetherick, arguing on behalf of the Indian banks, contested the application on the grounds of the risk of dissipation of assets held towards the debt owed to the banks. He also pointed to a hearing in the matter already being scheduled for later this month on January 22. Meanwhile, the case will come up for an appeal hearing on Wednesday at which Mallya’s counsel will seek to dismiss the bankruptcy petition order.

The court on Monday once again heard that Mallya’s income from two consultancy agreements was no longer coming in and therefore he had to resort to the money derived from the sale of the French property, which was deposited with the court while the bankruptcy proceedings remain ongoing. The SBI-led consortium of 13 Indian banks, which also includes Bank of Baroda, Corporation Bank, Federal Bank Ltd, IDBI Bank, Indian Overseas Bank, Jammu & Kashmir Bank, Punjab & Sind Bank, Punjab National Bank, State Bank of Mysore, UCO Bank, United Bank of India and JM Financial Asset Reconstruction Co. Pvt Ltd, had initiated the proceedings against Mallya in December 2018.

There have been a series of hearings in the case since then as part of their efforts to recoup around 1.145 billion pounds in unpaid loans. Vijay Mallya, meanwhile, remains on bail as the UK Home Office deals with a “confidential” legal issue before UK Home Secretary Priti Patel can sign off on his extradition sought by the Indian government, on charges of fraud and money laundering related to loans acquired by his now-defunct Kingfisher Airlines. The separate extradition proceedings have gone through different levels of legal procedure in the UK courts and concluded that he has a case to answer before the Indian courts.