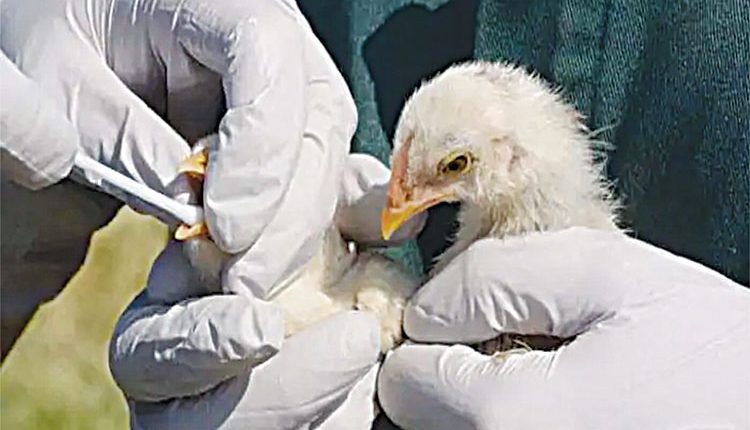 Agartala, Jan 12 (FN Agency) The veterinary officials have collected the dead birds from outskirts of Amarpur in Gomati district in South Tripura and sent them to a laboratory here to confirm if the birds died of Avian Flu. This is the third bird death incident in Tripura in a week, causing panic among the people.

The animal resource development minister Santana Chakma said there is no confirmed case of bird flu in the state so far although sporadic death of migratory birds and poultry in Gomati and Sepahijala district have been reported recently. She stated that the department has been closely monitoring the situation and as of now poultry products in Tripura are safe to consume. “All precautionary measures have been taken to tackle any of such eventualities and the state government has also become careful about bringing poultry birds,” he stated. Animal Resource Development Director Dr K Sasikumar said, “The villagers near Amarpur town on Monday noticed a few dead birds near a water body while some other birds were struggling to fly.

As soon as the information reached the administration, veterinary officials rushed to the spot and collected all the ailing birds and sent samples for testing here.” The sick birds were wild but their species could not be confirmed as of now, he said, adding that a large number of migratory birds travelled from different parts of the world to Tripura during this period and those birds could be migratory. However, the area where the birds were rescued and dead birds were found, has been sanitised and people were asked to keep a watch. “So far no bird flu strain is found in Tripura. Earlier, about 55 ducks died of plague in private firms over the week in Bishalgarh of Sepahijala district and Udaipur of Gomati district. We have conducted laboratory tests of the sample and it is confirmed there was no strain of bird flu. However, we asked people to be vigilant over any unusual behaviour or death of poultry or migratory birds,” Dr Sasikumar said.

Hospitality sector should be given industry status