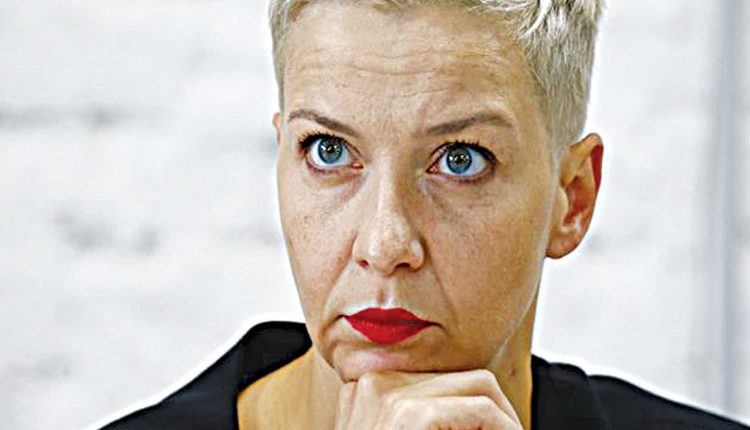 KYIV, Feb 12 (FN Agency) Belarusian authorities have brought new charges against two prominent opponents of President Alexander Lukashenko who were jailed during mass protests, accusing them of extremism and trying to seize power, their lawyer said on Friday. The charges against Maria Kolesnikova and Maxim Znak could see them jailed for 12 years. Kolesnikova was one of three women who joined forces in an election against Lukashenko last year that prompted a crackdown against months of unrest.

The charges coincided with Lukashenko staging a two-day “People’s Assembly” which he says is intended to promote political reform but which the opposition has dismissed as a sham to help the veteran leader cling to power. More than 33,000 people have been detained during the protests. The crackdown has prompted new Western sanctions but Lukashenko has refused to resign, backed by diplomatic and financial support from Russia. Lawyer Dmitriy Laevski said Znak was being punished “for not being afraid. For not giving up”. “There are no legal grounds for any of the charges,” he added. Lukashenko, who has ruled Belarus since 1994, had on Thursday promised to hold a referendum on constitutional reform early next year. But reformist pledges were laced with triumphant language about Lukashenko saving the country from “mutiny”.

In a second speech on Friday, Lukashenko suggested Belarusians should ditch their smartphones, saying these were being monitored by the United States. One of the delegates proposed awarding Lukashenko the title “Hero of Belarus”. Referring to himself as an “authoritarian” leader, Lukashenko turned his attention to Viktor Babariko, another electoral opponent, who was jailed last year on corruption charges Babariko says were fabricated.