Twenty-first century will be known as knowledge-based economy 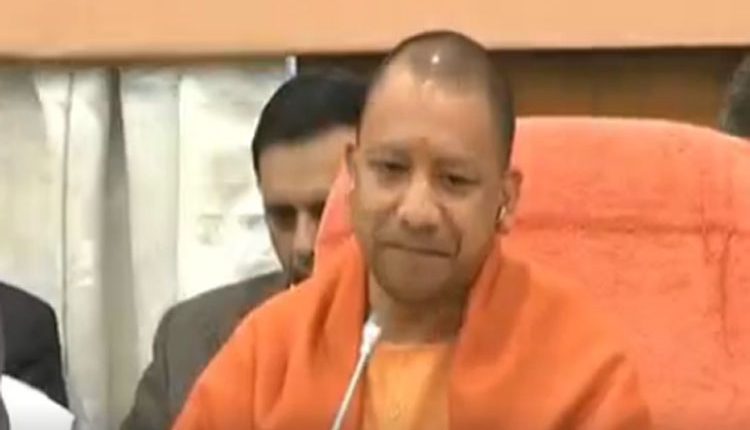 Lucknow, Dec 14 (Representative) Uttar Pradesh Chief Minister Yogi Adityanath on Monday said that the present century will be known as a knowledge-based economy and the three major things known for this knowledge-based economy will mean a lot. “First, conventional wisdom. Secondly, the innovation that will have importance and the third is knowing the power of start-up culture in the country, which you call research,” he said. The new National Education Policy is giving opportunity to the society and the country to move towards self-reliance and self-reliance through better coordination between these three. For this, all educational institutions have to prepare themselves, the Chief Minister observed.

He made these statements at the seventh convocation of Dr. Shakuntala Mishra National Rehabilitation University, here on Monday. During the event, a statue of former prime minister Atal Bihari Vajpayee was also unveiled. Along with this, the creation of new departments in the university and the infrastructure to suit it was also inaugurated. Speaking on the occasion, the CM said that what we often see is that a student goes to his or her final year with a subject where they are given the task of the project, but how could that project become useful in future life, this is never thought about. A new challenge is before you, after successfully recovering from Corona, to set up a committee at the university level regarding the National Education Policy. Work about each aspect of it and then also work to advance the aspect of its successful implementation and if you will be able to make efforts in this direction, then you really need to know the purpose behind knowledge in future life, the chief minister mused. By not restricting it to only the theoretical side, its practical side will also be visible to you, he underlined further. He said that we were facing the biggest disaster of the century in the world during the Corona period and at that time it was discussed that when different programs of governance were going on for different sections of the society, what was up for the Divyangs?, the CM recalled.

Simultaneously, in addition to giving a lump sum pension to 10.68 lakh Divyangs, the government also gave a thousand amount in their account through DBT. The Prime Minister also tried to increase the quota of government services for the welfare of the differently-abled, which was previously low. National education policy is based on our indigenous self-reliance and independence, he said. He said that the fact that the grand daughter of Dr. Shakuntala Mishra, the eminent personality after whom this university is named, has also got her first PhD in life, must be a proud moment for her and this is what makes the knowledge flow and makes us more proud. I am confident that the University will continuously work to take the new culture of development, innovation and startup, the chief minister wished. He also said that we are thankful to the Prime Minister for giving the word “Divyang” to the Disabled, that is, there is a divine power inside all of us, the divine power which this society should realize and whenever a person has got the appropriate opportunity, he has given his divine power Gave us all the opportunity for public welfare and national welfare. Therefore, I thank Prime Minister Narendra Modi for giving the word ‘Divyang’ in place of the disabled word and through this, motivate the Divyang to move forward, the Chief Minister stated.

Farmer leaders fast across the country