Farmer leaders fast across the country 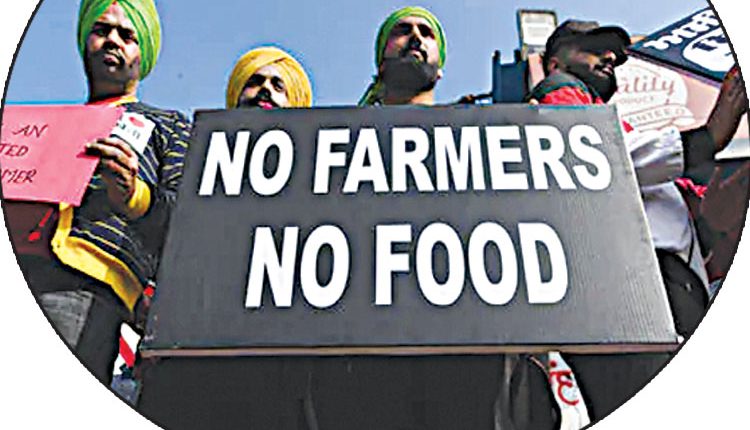 New Delhi, Dec 14 (Agency) Farmers’ organisations intensified the agitation in protest against agrarian reform laws on Monday, and went on a hunger strike to put pressure on the Government. The farmer leaders went on a hunger strike from 0800 hrs in the morning till 1700 hrs in the evening. The fast was carried out at Ghazipur, Tikri, Singhu border and other places in the capital. Farmers also staged a fast and picket demonstration at district headquarters. Farmers’ organisations are adamant on repealing the three agrarian reform laws and are demanding legal status for the minimum support price (MSP) of crops.

Delhi Chief Minister Arvind Kejriwal also fasted in solidarity with the farmers, who have been sitting on dharna for 19 days now. Meanwhile, Bharatiya Janata Party MPs and MLAs from Haryana today met Agriculture Minister Narendra Singh Tomar and thanked him for his proposals to amend the agricultural reform laws. They praised the Government for the minimum support price of crops and the continuation of mandi system. Later, MPs Dharambir and Sunita Duggal told reporters that Haryana demanded that the Central Government to allocate more and more amount in the field of horticulture so that fruits and vegetables of the national capital can be supplied. There was also a demand to release more funds for cold storage, cold chains and processing units.

Some leaders of the All India Farmers Coordination Committee met the Agriculture Minister and said that the minimum support price should be abolished and the prices of crops should be fixed in the open market. This will enable farmers to get higher prices due to competition. Dinesh Sharma, leader of the Shetkari organisation, said that under contract agriculture, a tribunal should be constituted for resolving the land dispute between companies and farmers, which should have representation from farmers, company and Government and having provision to decide within a fixed time-frame. He said the three agrarian reform laws enacted by the Government were good but some improvements could be made. Mr Tomar has appealed to the farmers to end their agitation and resolve the problem through dialogue. He said he was confident that the solution could be arrived at through dialogue. The doors of the Government were open for dialogue with the farmers and the laws made for agricultural reform were only in the interest of the farmers, he conveyed. Farmers’ organisations have been agitating on the borders of the national capital for the past 19 days. The Government has tightened security arrangements on the Delhi border and a large number of security personnel have been deployed on all the borders of Delhi.

Twenty-first century will be known as knowledge-based economy