Today, India is not just a Market; a land of immense opportunities for the whole world 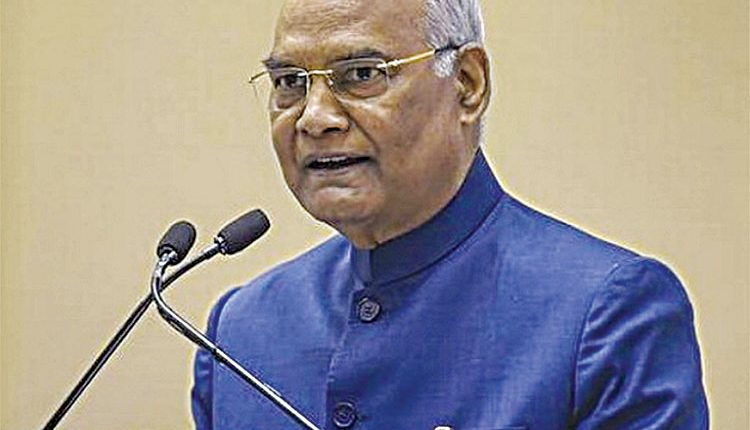 New Delhi, Feb 5 (FN Bureau) Today, India is not just a market, but is also a land of immense opportunities for the whole world, including in the defence sector, said the President of India, Shri Ram Nath Kovind. He was addressing the valedictory function of the Aero India-21 in Bengaluru today (February 5, 2021). The President said that Aero India 2021 is a living proof of India’s ever-growing strength in the defence and aerospace sectors at the global level. The event has exhibited that the global confidence in India’s capabilities is growing steadily.

The President said that the reforms initiated in India in the last six years offer unprecedented opportunities to investors and private companies in the defence and aerospace sectors. We have taken a number of policy initiatives aimed at placing India among the top nations in the defence sector with twin objectives of self-reliance and export promotion. President also said that the government is focused on promoting the ‘Ease of Doing Business’ to encourage manufacturers to set up units in India. The defence sector has also been witnessing steady liberalisation. Industrial licensing requirements have been eliminated for a number of items. The processes for industrial licence and export authorisations have been simplified and made on-line. To facilitate establishment of defence industries and give impetus to the MSMEs, two defence corridors have been established in the states of Uttar Pradesh and Tamil Nadu. All these efforts are expected to unleash a huge potential of job creation in the country while taking India onto the path of self-reliance in defence production.

Referring to the Conclave of Defence Ministers of Indian Ocean Region, on the theme of ‘Enhanced Peace, Security, and Co-operation in the Indian Ocean’ which was organised on the margins of Aero India 2021, the President said that India has always been an ardent advocate of universal peace and development. IOR is an important region because of its rich natural resources and strategic location. We have floated the idea of ‘SAGAR’ which stands for ‘Security and Growth for All in the Region’, to promote co-operation in the Indian Ocean Region. It is important that IOR nations focus on fostering political, economic, cultural and defence co-operation.

The President said that India has always been ready to share our expertise and resources with all IOR nations for planning and coordination in Humanitarian Assistance and Disaster Relief. After the Covid-19 outbreak, under Operation SAGAR 1 we reached out to our neighbours and assisted them with medical teams, medicines as well as diagnostic kits, ventilators, masks, gloves and other medical supplies. In keeping with India’s stated commitment to use its vaccine production and delivery capacity to help the entire humanity fight the Covid-19 pandemic, supplies under grant assistance to our friendly foreign nations have already begun, he stated.

Cyberpark, Kozhikode grows from 6 to 113 firms in four years

Private sector has a key role in India’s growth recovery, Govt’ will be a good facilitator