Private sector has a key role in India’s growth recovery, Govt’ will be a good facilitator 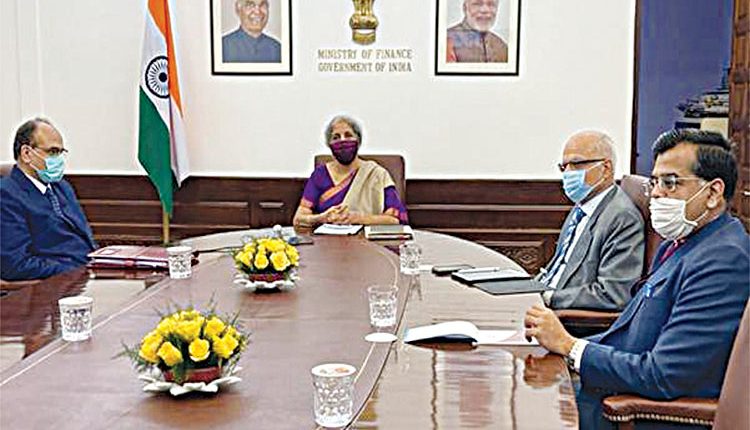 New Delhi, Feb 5 (Mayank Nigam) Union Minister for Finance and Corporate Affairs Smt. Nirmala Sitharaman said that while the Union Budget 2021-22 provides for enhanced capital expenditure by the Government, it also envisages private sector participation in a big way. Smt. Sitharaman addressed top CEOs at an virtual interaction with the Confederation of Indian Industry (CII) on the Union Budget 2021-22 here today. The Finance Minister elaborated that though the Government will provide some capital for the proposed Development Finance Institution (DFI), the DFI will also raise capital from the market. In addition, the DFI Bill will provide legislative space for private DFIs. Similarly, the Asset Reconstruction Company (ARC) for the management of non-performing assets (NPAs) will be floated as a holding company by the banks themselves, with support from the government.

Sharing the key guiding principles for the budget, Finance Minister emphasised the focus on transparency. Contrary to the expectations of a COVID-19 tax, the Government has chosen to fund the budget stimulus through higher borrowing, rather than increased taxes. Elaborating on the thrust areas, the Finance Minister expressed that the stress has been on areas with high multipliers such as infrastructure which would facilitate the private sector, such as power, roads, ports, airports, etc. Healthcare and Agriculture have been the other priorities. Urging for a continued dialogue, Smt. Sitharaman said that her interactions with CII have helped bring in ‘contemporary thinking in policy making’. The Finance Minister promised a ‘honest leakage free implementation’ of the budget proposals. Sharing the industry response to the budget proposals, Shri Uday Kotak, President, CII, said that the budget was an example of an outstanding policy document which addresses the needs of the economy. He appreciated the boldness of the announcements, and the focus on growth and transparency. He complimented the budget team for the mindset of encouraging private enterprise and respecting the markets, as displayed in the budget proposals.

Shri Kotak reassured the Finance Minister that the private sector will help transform India alongside the Government for the common purpose of building a truly great India. Dr Ajay Bhushan Pandey, Finance & Revenue Secretary, Shri T. V. Somanathan, Secretary, Expenditure and Shri Tarun Bajaj, Secretary, Economic Affairs besides more than 180 industry captains from across the country, participated in the interaction.

Today, India is not just a Market; a land of immense opportunities for the whole world