This Budget will be a part of last year’s series of mini budgets: Modi 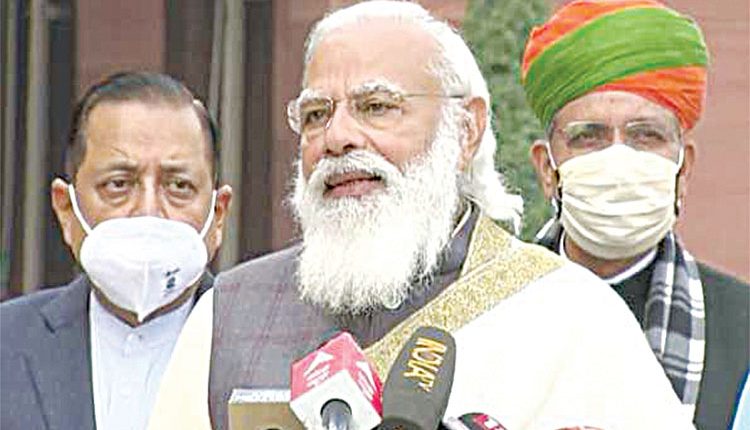 New Delhi, Jan. 29 (Agency) Asserting that this decade is very important for the bright future of India, Prime Minister Narendra Modi on Friday indicated that the coming Union Budget will be seen as part of last year’s mini budgets which were announced in the form of packages.
Speaking to media at Parliament House, Mr Modi said that in 2020, for the first time in the country’s history, the Finance Minister had to present 4-5 mini budgets as packages.

This year's budget will also be seen as part of the series of mini budgets, he indicated. The Finance Minister Ms Nirmala Sitharaman will present Union Budget in the Lok Sabha on February 1.

This decade should be fully utilised. Keeping this in mind, there should be discussions in this session focussing on the decade and this is expected by the nation. I believe that we will not lage behind in making our contribution for the fulfulment of people’s aspirations,’ Mr Modi said. The Prime Minister said the budget session is the first session of the new decade. “A golden opportunity has come before the nation to fulfil the dreams of freedom fighters,’ he said.