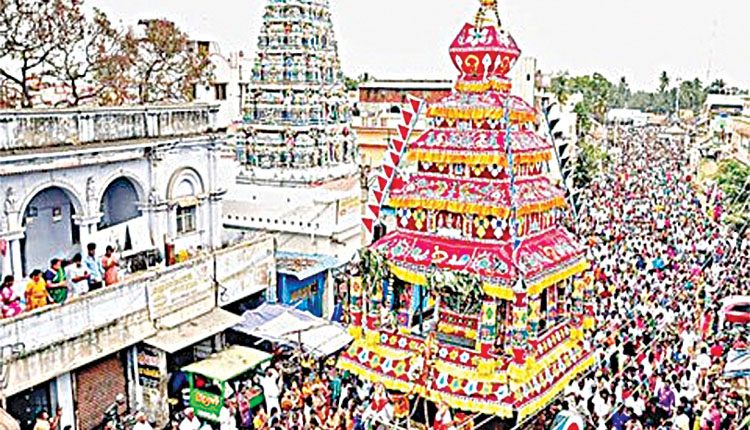 Many devotees, including women and children bearing “Kavadis” on their shoulders, carrying milk pots and bodies pierced with spears came on procession to the Lord Murugan temples to fulfill their vows. Several devotees pierce their tongue and cheek, while some of them pull small chariots with hooks pierced to their bodies. Thousands of devotees from various parts of the country and abroad congregated at the holy town of Palani to witness the annual temple car festival. Thai Poosam is celebrated on the full moon day of the Tamil month of Thai every year. The festival symbolizes victory of good over evil. According to legends, on this auspicious day, the holy lance was given to Lord Murugan by his mother Goddess Parvathi to annihilate demons Tharakasuran and his three brothers. Chief Minister Edappadi K.Palaniswami recently announced that the State government would grant a public holiday on Thai Poosam every year.

Meanwhile, thousands of people witnessed the “Jyothi Darshan” at Sathya Gnana Sabha (Hall of True Knowledge), founded by Ramalinga Adigalar, also popularly called as Vallalar, at Vadalur in Cuddalore district on the occasion of Thai Poosam. The Jyothi Darshan is considered as a special event by the followers of Samarasa Sutha Sanmarga Sathya Sangam as it is on that day that all the seven screens of different hues in the Sabha would be removed one after another to reveal the holy light of the lamp kept in the sanctum sanctorum.