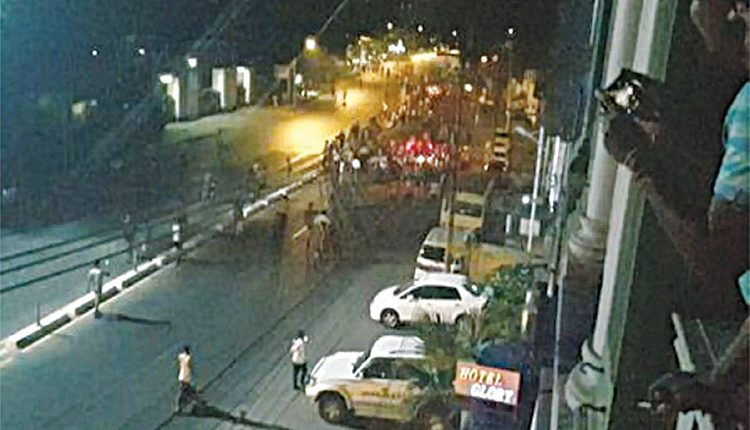 Naypyitaw, Feb 14 (FN Agency) Tens of thousands of protesters took to the streets in Myanmar’s major cities for a ninth day of anti-coup demonstrations on Sunday, after a fearful night as residents formed patrols and the army rolled back laws protecting freedoms. Engineering students marched through downtown Yangon, the biggest city, wearing white and carrying placards demanding the release of former leader Aung San Suu Kyi, who has been in detention since Myanmar’s military overthrew her elected government on Feb. 1.

Part of the biggest street protests in more than a decade, a fleet of highway buses rolled slowly through the city, honking their horns in protest. A convoy on motorbikes and in cars drove through the capital Naypyitaw. In the southeastern coastal town of Dawei, a band played drums in shadows cast by awnings as crowds marched under the hot sun. In Waimaw, in the far northern Kachin state on the banks of the Irrawaddy River, crowds carried flags and sang revolutionary songs.

Many of the protesters nationwide held up images of Suu Kyi’s face. Her detention, on charges of importing walkie-talkies, is due to expire on Monday. Her lawyer, Khin Maung Zaw, could not be reached for comment on what was set to happen. More than 384 people have been detained since the coup, the monitoring group Assistance Association for Political Prisoners said, in a wave of mostly nightly arrests. “While the international community is condemning the coup, Min Aung Hlaing is using every tool he has to instigate fears and instabilities,” activist Wai Hnin Pwint Thon from the UK-based rights group Burma Campaign UK said on Twitter, referring to the army chief.