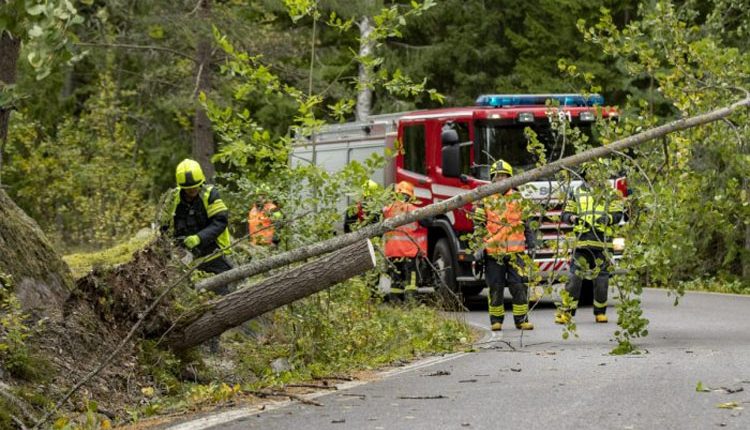 Helsinki, Nov 19 (Representative) More than 10,000 households have lost power in Finland, after the country was hit by storm winds of up to 25 meters per second [55 miles per hour], the Finnish Energy association reported on Thursday. Today, the Finnish Meteorological Institute issued a storm warning for land and sea areas of the country. “According to the data for 08:20 a.m. [06:20 GMT], the total number of cutoffs is 10,127. The highest number of power cuts has been recorded in [the cities of] Kouvola – 1431, Raasepori – 663, Taipalsaari – 568, Savitaipale – 564, Loviisa – 475, Espoo – 466,” the association said. The Finnish Meteorological Institute reported that the storm would bring heavy rains and snow to northern Finland, with potential to cause disruptions on the highways. According to the weather map, published on the institute’s site, the country is currently facing winds of up to 19 meters per second.

In mid-November, the temperature in central Finland reached an unusually high level of 10 degrees Celsius [50 Fahrenheit], however the storm is expected to result in decreased temperature in terms of short-term weather conditions.