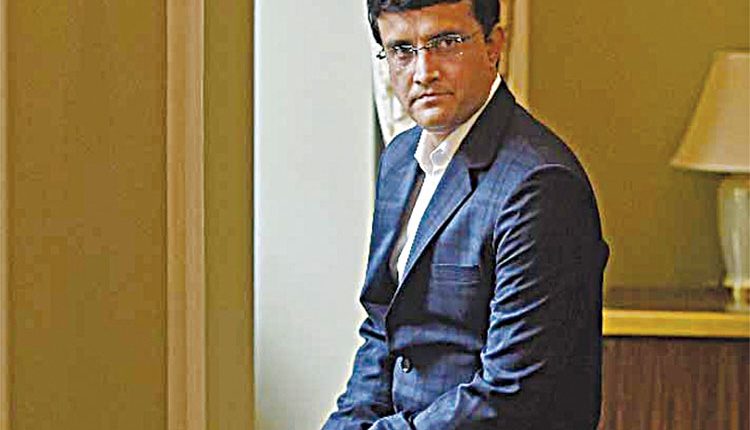 Kolkata, Jan3 (Agency) Indian cricket board chief Sourav Ganguly, who was admitted to Woodlands Hospital in South Kolkata on Saturday after feeling dizzy and chest pain, underwent angioplasty and was stable now. West Bengal Chief Minister Mamata Banerjee, who visited the hospital and had a talk with Ganguly, said on her Twitter handle, ” Sad to hear that @SGanguly99 suffered a mild cardiac arrest and has been admitted to hospital. ” ” Wishing him a speedy and full recovery. My thoughts and prayers are with him and his family! ” she added.

The governor was all praise for the attending physicians. ‘Good doctors. Taking very good care of Dada. The moment I entered his room he smiled at me cheerfully.’ “Called on @SGanguly99 at Woodlands Hospital and saw the usual captivating cheerful smile on his face. Interacted with his wife, daughter and brothers,” he tweeted. Union Home Minister Amit Shah also called Vijay Vargiya to take updates. According to Dr Rupali Basu, MD & CEO, Woodlands, said, “Mr Sourav Ganguly, 48 years old, President BCCI, former Captain of Indian Cricket team and eminent personality suffered from chest discomfort while doing treadmill at his home gym. He had a family history of IHD ØE Ischemic heart disease. When he came to the hospital at 1 pm, his pulse was 70/min, BP 130/80 mm of Hg and other clinical parameters were within normal limits.”

“His ECG showed hyperacute ST-segment elevation in inferior leads and lateral leads. Echo showed mild inferior wall hypokinesia with preserved overall left ventricular function. He is stable haemodynamically. He has received loading doses of dual antiplatelets and statin and is undergoing primary angioplasty now.” Board of Control for Cricket in India (BCCI) president Sourav Ganguly was rushed to Woodlands hospital on Saturday morning after falling sick while working out in the gym at his south Kolkata residence. Earlier, journo and sports commentator Boria Majumdar, who is also close to the former Indian captain, said Ganguly has a heart issue and is in Woodlands hospital. In his Twitter account, Boria Majumdar said, ” Ganguly is stable and will need a procedure to confirm hospital sources.

Should be out of the woods in the next few hours. I wish him a speedy recovery.” Sources said the former skipper might need an angioplasty. “He felt dizzy when he was in the gym and he went to Woodlands to get the Tests done. That’s when it came to light that there was a cardiac issue and the hospital has now created a 3 member board with Dr Saroj Mondal who will perform the procedure. @SGanguly99 get well soon,” Boria tweeted. Indian captain Virat Kohli tweeted, “Praying for your speedy recovery. Get well soon @SGanguly99.” Jay Shah tweeted, ” I wish and pray for the speedy recovery of @SGanguly99. I’ve spoken to his family. Dada is stable and is responding well to the treatment.