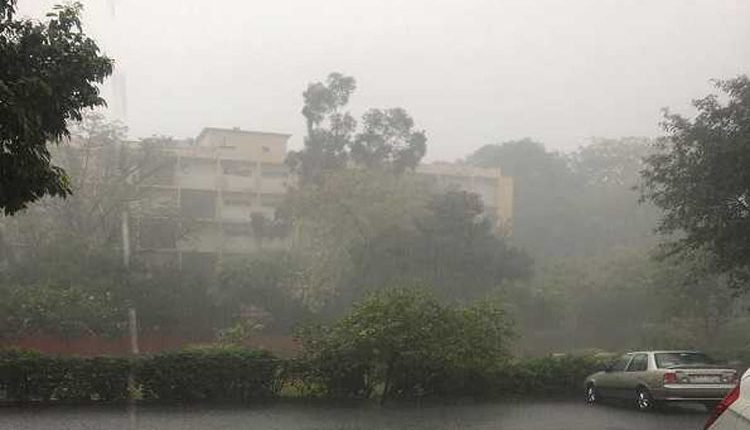 New Delhi, Jan 3 (FN Bureau) Rains in national capital in the last 24 hours have brought down temperatures, leaving Delhiites shivering. The initial drizzling in the wee hours of Sunday slowly drenched various parts of the city. Minimum temperature recorded at 9.9 degrees C was above 3 degrees from season’s average. However, the presence of rain and fog made the weather harsh for people.

Rainfall received during the past 24 hours till 0830 hours this morning was 25.1 mm at Safdarjung ,23.8 mm , recorded at Lodi road centre, 18.4 mm at Palam ,14 mm measured at the Ayanagar centre. Relative humidity pegged at 100 per cent this morning, the MET officials said. There is a possibility of thunderstorm and hail during the day, they added. Air quality witnessed a little improvement due to rains in the city as the Air Quality Index dropped as compared to yesterday’s ‘severe’ category to now under ‘very poor’.

Average AQI this morning at around 1100 hours in Delhi was measured at 349, as per the Central Pollution Control Board. For Monday, the MET official forecast similar weather conditions with possibility of thunderstorm and hail, while minimum and maximum temperatures are likely to hover around 10 and 20 degrees C respectively.