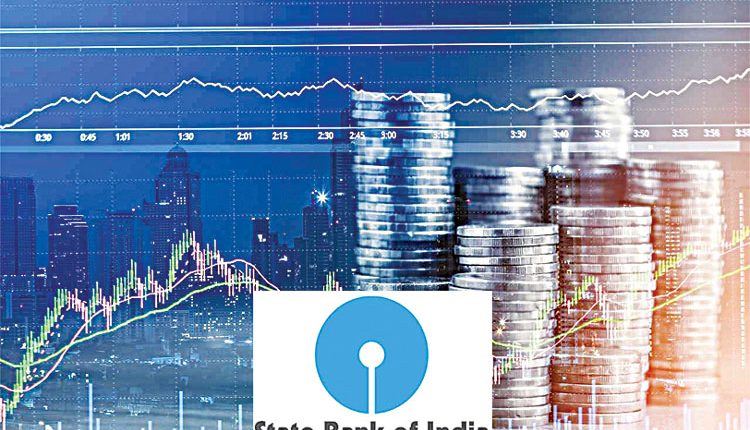 Kolkata, Feb 07 (FN Agency) As widely expected, RBI’s Monetary Policy Committee has unanimously decided to keep policy repo rate unchanged at 4% and has decided to continue with the accommodative stance as long as necessary. According to Dr. Soumya Kanti Ghosh, Group Chief Economic Adviser, State Bank of India, the stance follows after the landmark Union Budget 2021-22 which has given a strong thrust to physical infrastructure. The current statement has not altered the GDP forecast of –7.5%.

For FY22, RBI has projected growth rate at 10.5% (in the range of 26.2% to 8.3% in H1 and 6.0% in Q3). However, markets behaved differently following the RBI policy with the yields hardening several notches. In the Indian markets it is common to find debt market players behaving differently with one set of players acting pro-cyclically with the RBI monetary policy stance, the other set of players acts counter-cyclically and sometimes both the players act combatively. Such combativeness in behavior might be inconsistent with signaling stance of the RBI and that is precisely what happened today. This is precisely why RBI Governor again espoused yield curve as a public good today! Meanwhile, RBI has revised Q4 inflation at 5.2% for Q4 FY21 (earlier: 5.8%). For H1 FY22 RBI provided a range of 5.0-5.2%(earlier: 4.6-5.2%) while Q3 FY22 growth was projected at 4.3% with balanced risks. Cost push pressure from services is clear upside to the inflation trajectory.

As expected, the regulatory and development policy took the center stage. RBI has now extended the On Tap TLTROs under which banks deploy the availed liquidity in corporate bonds, commercial paper, and nonconvertible debentures issued by entities in eligible 26 stressed sectors to NBFCs. The normalization of CRR to 4% has commenced and this will drain approximately Rs 1,50,000 crore of liquidity from the system and will open room for RBI to do more OMOs to support Government borrowing. Furthermore, RBI has extended the facility to avail of funds under the marginal standing facility (MSF) by dipping into the Statutory Liquidity Ratio (SLR) up to an additional 1% of NDTL till 30 Sep’21. For banks, RBI has extended the Enhanced HTM limit of 22% (from 19.5%) of NDTL till March 31, 2023 to include securities acquired between April 1, 2021 and March 31, 2022.

Banks have been allowed to deduct credit disbursed to ‘New MSME borrowers’ from their NDTL for calculation of the CRR only for exposures up to Rs 25 lakh per borrower. We expect banks will be able to potentially lend around Rs 23 lakh crore fresh loans to MSMEs till end Sep’21. RBI had also deferred the implementation of last tranche of the Capital Conservation Buffer (CCB) of 0.625% along with Net Stable Funding Ratio (NSFR) guidelines. This can have a capital ease of around Rs 65,000 crore. For the financial markets, RBI has permitted FPIs to invest in defaulted corporate bonds. This will widen the market, give a market based assessment of recovery rate (LDG), and will provide a faster exit route for the bond-holders. In line with US treasury’s ‘Treasury Direct’, the RBI has allowed retail investors to buy and sell government securities (G-secs) in both primary and secondary markets directly through an online portal called ‘Retail Direct’. In the payment sphere, RBI has taken a number of steps to build consumer confidence such as the setting-up of a centralized industry-wide 24×7 helpline, making Ombudsman mechanism simpler by integrating all the existing Ombudsman schemes and introducing centralized processing of grievances following a ‘One Nation One Ombudsman’ approach. Overall the monetary policy while maintaining status quo is in wait and watch mode and will be guided by the trajectory of inflation and delivery on infrastructure spending.

Truth behind the turbo-petrol’s efficiency